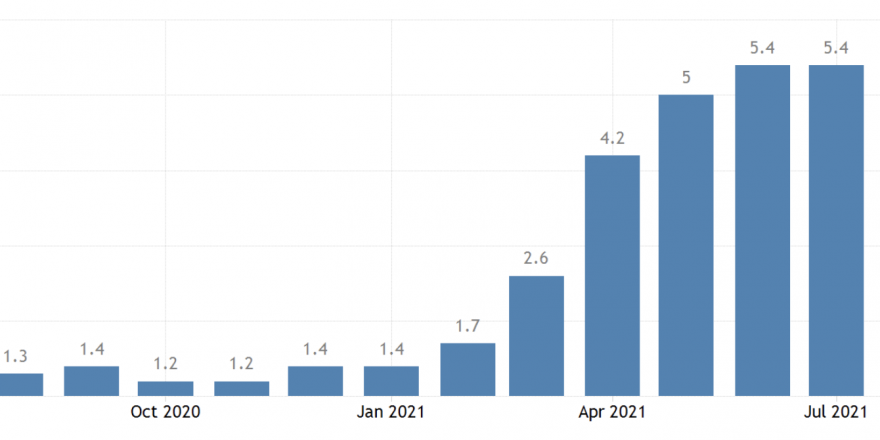 Inflation automatically increases taxes according to the United State’s Congressional Budget Office (CBO) which in reply to questions by congressman Jason Smith, said:

“Although many aspects of the individual income tax system are indexed for inflation, some are specified in nominal dollars and therefore do not vary with inflation.

Because those items are not indexed, higher inflation will cause the real value of the child tax credit to decline and will subject a greater share of Social Security benefits and investment income to taxation.

Higher inflation raises real tax rates on sources of capital income because the income tax applies to nominal, not real, capital income. Specifically, income from capital gains, interest, and dividends is not adjusted for inflation when taxable income is calculated.

For example, if the tax rate on nominal capital gains was 20 percent and inflation increased from 2.5 percent to 5.0 percent, the real after-tax rate of return would decrease by half a percentage point. All else held equal, that would reduce people’s incentives to save and invest, resulting in a smaller stock of capital, which would decrease economic output and income.”

Inflation in the United States is currently running at about 5%, which means taxes have increased by 0.5% with CBO stating there can be a delay which temporarily causes taxes to be even higher.

“The indexation of the tax system occurs after some delay, so an increase in inflation would produce a larger initial increase in tax rates and a subsequent decline.”

In addition CBO all but confirms the tax system is designed to squeeze the middle class, letting the rich off scot-free with CBO stating:

The US president Joe Biden has stated he won’t increase taxes on them, but through inflation he is doing precisely that.

In a fixed monetary economy running on something like bitcoin, taxes would decrease when set in nominal amounts as the value of the unit of account would strengthen with the growth in production.

In addition the disbalance of power between worker and boss would be partially addressed by the employer having to take action to reduce income when the value of the unit of account increases, something that can kick in competitive forces and so keep wages in line with the growth in production.

Currently it is the reverse as employees have to ask for an increase which instead of being as of right to keep up with inflation, it is usually given as a reward of sorts and thus often the increase in wages is below inflation rates.

This squeezes the middle class the most because they rely on wages and because progressive taxation stops at incomes above circa $200,000 with someone earning $10 million paying the same amount as someone earning $200,001 proportionally.

Thus they do not necessarily feel the changes unlike the middle class which by small percentages can be caught in higher tax brackets where different rates apply.

Nonetheless inflation is mandated with the FED tasked with keeping it at 2% a year which translates to taxes automatically increasing by 0.2% every year, especially on the middle class.