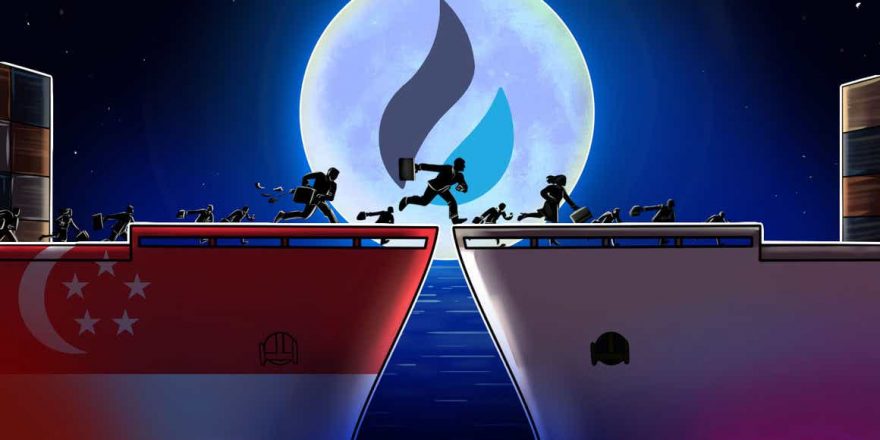 Huobi Global, one of the world’s largest cryptocurrency exchanges by trading volumes, is winding down operations in Singapore shortly after exiting China.

The exchange will have shut down accounts of all Singapore-based users by the end of March next year, the company officially announced late Tuesday.

All Huobi Global clients based in Singapore should close active positions and withdraw their digital assets before March 31, 2022, Huobi said. The exchange will also gradually halt access to Huobi services in Singapore before March, the announcement notes.

The move is part of an effort to comply with relevant regulations by local financial authorities, the firm said. According to Huobi’s user agreement, the company’s services are prohibited for persons located in the United States, Canada, Japan, Cuba, Iran, Venezuela, Singapore, Crimea, Mainland China, Kyrgyzstan, the United Kingdom and others.

In a separate statement on Nov. 10, Huobi Global told Cointelegraph that its exit from Singapore should be viewed as a strategic move to pave the way for Huobi Singapore, a new entity intended to operate as a regulated digital assets exchange platform in the country.

Operating under Huobi Technology Holdings Limited, Huobi Singapore is building a global digital assets exchange platform, and has already applied for the payment institution license under the payment services act from the Monetary Authority of Singapore. Currently, Huobi Singapore is granted an exemption from holding a license under the PS Act while the application is under review, Huobi Global said.

According to the statement, Huobi Singapore is expected to launch by the end of 2021 and will be accessible to both retail and corporate clients, subject to necessary approvals.

“We would like to assure local users that Huobi Singapore is here to stay for good, and we are excited to launch a new platform to better serve the needs of the local market. Huobi Singapore is committed to complying with both local and international regulations to provide a regulated and safe trading platform for retail and corporate users,” Huobi Singapore CEO Edward Chen said.

Singapore has been emerging as a major global cryptocurrency hub recently, with local regulators issuing multiple licenses to legalize crypto trading in the country. According to Ravi Menon, managing director of the Monetary Authority of Singapore, the authority is putting “very strong regulation” to strengthen Singapore’s position as the world’s crypto center.

Some other global regulators have flagged Huobi’s operations recently. In September, Thailand’s Securities and Exchange Commission temporarily shut down Huobi’s local subsidiary and recommended revoking its operating license with the Ministry of Finance.

The news comes shortly after Huobi was forced to exit China when local authorities announced a major crypto ban in late September. As previously reported, Huobi plans to have closed all Chinese accounts in Mainland China by Dec. 31. Founded in China in 2013, Huobi is notably tied with the country. Before the ban, its Chinese operations made up at least 30% of its total trading volumes and revenues.