Home » Crypto » How the blockchain is changing cyber security 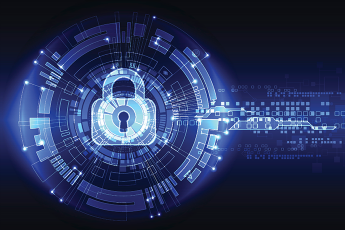 How the blockchain is changing cyber security

During the last couple of years, the popularity of the blockchain technology has increased considerably, given the rising popularity of Bitcoin, which first introduced it to the mass-market. With time, companies, public institutions, banks and governments were quick to find the application of blockchain going beyond digital currencies, and being able to revolutionize the way information is transmitted, and confirmed in all sorts of niches.

For those who do not know, a blockchain is basically a growing list of records, which are linked to each other, and secured via cryptographic technology. Most of the times, each block contains a hash pointer, which acts as a link to the previous block in the chain, alongside with a hash created from the previous block and various forms of transaction data. To put things better into perspective, blockchains are open, distributed ledgers, which can be used to record transactions between two parties in a way that is both verifiable and permanent.

The main advantage of blockchains, is the fact that they are secure and tamper-proof by design. Therefore, changing a record in the blockchain after it has been verified is almost impossible, as consensus across the network of computers would need to be obtained for the change to take place. This is usually the norm for public blockchains, yet the private blockchains are usually more open to changes, depending on the policies implemented by their respective owners. The high security of blockchains make them extremely suitable for things such as recording events, voting, transmitting forms of property, identity management, transaction processing, the documentation of provenance, and so much more.

Further on, we will showcase a couple of examples on how blockchain technology is changing cyber security. To kick things off, a company known by the name of Guardtime, now uses the blockchain in order to detect and mitigate cyber-attacks in real-time. It achieves this by using the blockchain to secure sensitive records, but also to create a keyless signature infrastructure, which uses both asymmetric encryption, along with a cache of public keys.

We’ve had passwords for years now, yet a company by the name REMME is now using the blockchain to make passwords obsolete, which is an advancement worth keeping an eye on. By using the service, businesses are able to authenticate their users and their afferent devices without the use of a password. In the long run, this eliminates the human factor from the login procedure, thus making logging into accounts a lot more secure.

Integrating blockchain technology in messaging apps, which are used to chat, send pictures, videos, documents, GIFs and even money, is bound to make messaging a lot more secure. To help facilitate this, Obsidian has figured out a way to use the blockchain network, in order to not only reduce the risk of surveillance, but also to avoid censorship or control when chatting. Users will soon be able to access their messaging accounts without needing to enter personal information, such as email addresses, their real names, or phone numbers, thus increasing anonymity, and reducing tampering and surveillance.