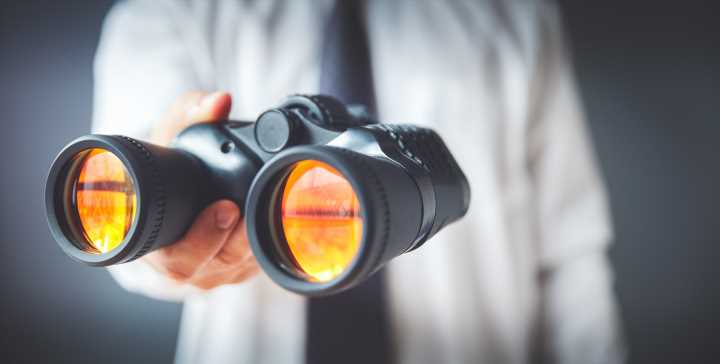 How Futures Traders Could See The Bitcoin Selloff Coming

Part of what is so special about Bitcoin is the fact that is it inclusive to all, and never in the past required the participation of “smart money” and institutional traders. But to become a multi-trillion dollar asset as it is destined to, bigger players had to get involved to take things to the next level.

That next level is now here, and retail investors and traders are in the same market along with whales, corporations, and other high wealth individuals. These elite play in their own ball field, complete with their own set of rules and conditions. Some conditions can be so unique, that it can even help these traders avoid muddied signals coming from retail trading platforms. Here is how that all works.

Bitcoin has been trading actively for more than a decade, and the network itself active for slightly longer. When it first released, it had no value at all. Today, it trades for $46,000 per coin, which has the cryptocurrency’s total market cap hovering just under one trillion dollars.

Growing from nothing to pennies, to a trillion dollars in value, is nothing short of amazing. Even greater of a milestone yet, was what happened yesterday when Bitcoin became legal tender in the Latin American country of El Salvador.

Rather than soaring sky high as the retail crowd would expect, whales bought the rumor, but sold the news and took out stop losses of overzealous retail traders in the process. How was it that retail was so easily duped, but institutional futures traders were not? It could come down to the unique technical at the Chicago Mercantile Exchange, better known as CME Group.

When BTC Futures made their debut on CME in 2017, it was the end of the previous Bitcoin bull run. Institutions made it clear then that cryptocurrencies weren’t yet ready, and shorted the coin to the ground. And it was the first time outside of unregulated derivatives markets that institutional traders could do so. It caused a bear market as a result.

Since then, the power of the CME platform has controlled much of crypto price action. So-called breakaway gaps left on CME charts are often filled later in the week. These gaps are left behind, because the Monday through Friday trading desk actually closes down for weekends and holidays – in contrast to the always on markets of Coinbase or Binance.

Related Reading | New To Bitcoin? Learn To Trade With The NewsBTC Trading Course!

In the comparison between the two charts above, even technical indicators on the CME Futures chart on the left doesn’t exhibit the same bull trap situation. On the evening that Bitcoin was due to become legal tender, the LMACD indicator crossed bullish on the Coinbase chart (pictured on the right), suggesting that a bigger move up was essentially confirmed.

But on the CME chart, no such crossover occurred, which was telling of whales’ next moves. The momentum had long crossed bearish, but was waiting for price to react. React it did, and Bitcoin price flash crashed by $10,000 and nearly 20% due to the severe liquidations seen across the crypto space.

CME traders could have easily seen this coming, given the fact their chart never had a bullish signal to trap retail traders.