Home » Crypto » Here's how Polygon is challenging the limitations of Ethereum, as told by co-founder Sandeep Nailwal 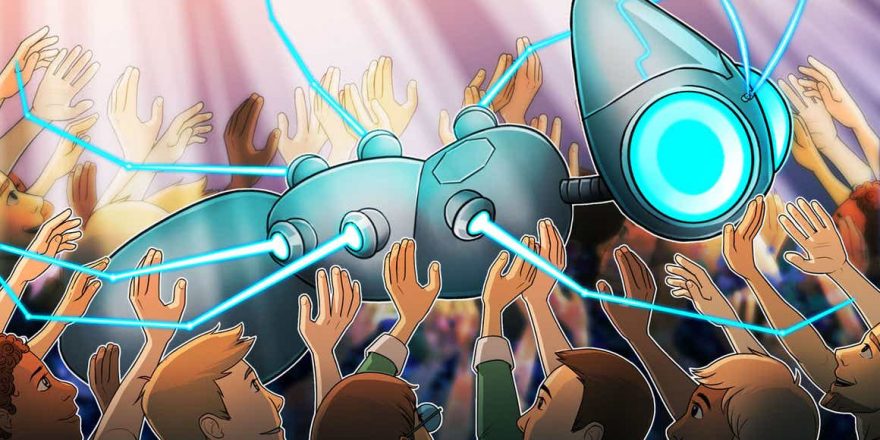 Here's how Polygon is challenging the limitations of Ethereum, as told by co-founder Sandeep Nailwal

Polygon (MATIC), a layer-two network designed for scaling and application infrastructure development on Ethereum (ETH), has been making the rounds among blockchain enthusiasts as of late. From its $1 billion investment into zero-knowledge technology to co-launching a $200 million Web 3.0 social media initiative up to integrating with Opera’s web browser to make its decentralized apps accessible to 80 million Android mobile users, the network’s momentum is going strong.

But partnerships and business aside, the technological capacities of the network, especially when compared to Ethereum, are also attracting the attention of many blockchain developers. In an exclusive interview with Cointelegraph, Polygon co-founder Sandeep Nailwal talked about the extent of the network’s adoption.

Cointelegraph: What are the current gas prices and transaction speeds for Polygon? And how does that compare to Ethereum?

Sandeep Nailwal (SN): From the Polygon Scan Explorer, you can see that the average block time is around 2.3 seconds. As for Ethereum, that is 15 seconds. And then the gas fees, you can see 0.001 MATIC tokens; this is a point fraction of a penny.

CT: Have there been any notable nonfungible token (NFT) drops on the Polygon network recently?

SN: None of them have become like CryptoPunks or anything, but I think Polygon’s biggest kind of support is from the gaming companies […] They all added to NFT. If you go to market, talk to any random 10 different gaming teams, they will tell you six to seven are building on Polygon.

But the notable drops on NFT, the biggest, have been Dolce and Gabbana, the brand. They made a $7 million sale recently. There are other big luxury premium watch brands, and these guys are coming in. Apart from that […] Elon Musk minted an NFT. Jack Dorsey minted NFT of his first-ever tweet, and […] Mark Cuban — all those were on Polygon networks only.

CT: What are some popular decentralized apps built on the Polygon blockchain? And what does their total value locked (TVL) look like?

SN: Polygon is now used by all the decentralized finance applications in Ethereum. The only one remaining was Uniswap. And the community signaled a week back that they are also launching on Polygon now. So as for the popular DApps, I would say Uniswap, Aave, Decentraland, etc. I think the TVL across the bridges is around $5 billion or $6 billion.

CT: What is your objective for investing in zero-knowledge technology?

SN: We had committed $1 billion for zero-knowledge technology, which we believe is the holy grail of blockchain scaling. And privacy is the second element — that’s one thing where everybody gets confused. So you use ZK to verify computations back on Ethereum without sending back the entire data. Instead, you simply provide proof that everything was correctly computed on layer two and put a […] succinct proof back to Ethereum.

CT: In your opinion, would further Ethereum upgrades empower the network’s capacity to match that of layer-two solutions?

SN: There are 3,000 plus active development teams on it. This was posted by Alchemy some time back. It should actually be up to 5,000. The daily active users on Polygon have become 50% more than Ethereum, and with gaming NFTs, we are seeing so much happening on Polygon.