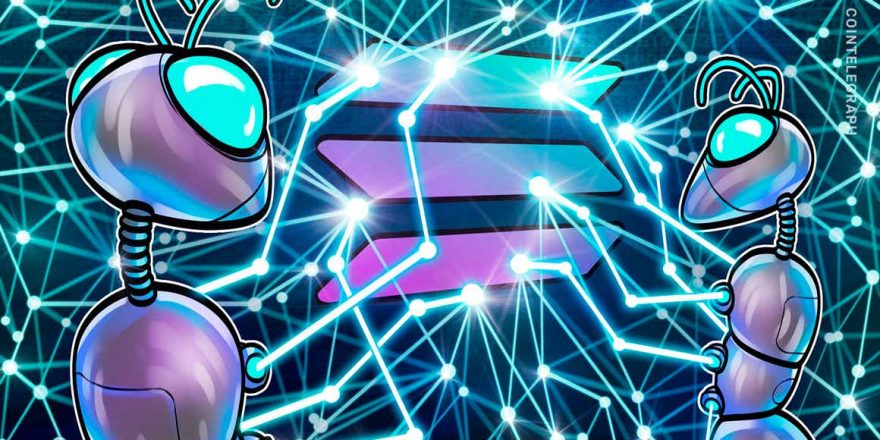 FTX-backed studio explains why Solana is better for game developers

While the Ethereum blockchain has the community advantage, the competition with Solana is heating up thanks to the rise of blockchain-based play-to-earn games, which is now simply called GameFi.

Founded by Scopely and Glu Mobile veterans, game developer and publisher Faraway announced that the studio has raised $21 million in a Series A funding round led by Lightspeed Venture Partners and major crypto exchange FTX. Along with the $8-million seed round, Faraway now has $30 million in total funding from renowned crypto ecosystem investors a16z, Sequoia Capital, Pantera Capital, Jump Capital and Solana.

The company is developing its flagship title, a browser-based live multiplayer game called Mini Royale: Nations, on the Solana blockchain. According to the announcement, the team has previously worked on popular games such as Disney’s Sorcerer’s Arena, WWE Champions, The Walking Dead: Road to Survival and Looney Tunes: World of Mayhem.

When asked about why they picked Solana instead of Ethereum from a developer perspective, Faraway co-founder Alex Paley told Cointelegraph that Ethereum was simply not an option due to the slow transaction times and high gas fees:

“We were specifically looking for a blockchain with fast and cheap transactions, strong ecosystem momentum, and a team behind it that we could trust from a technical excellence standpoint.”

Rust, the programming language of Solana, is also well-known among game developers compared to Ethereum’s Solidity. Paley admitted that Ethereum and its layer-two solutions have a sizeable community. But cashing out the earned tokens is much harder on most Ethereum layer-two solutions. Solana offers the speed and access to native liquidity on the platform, Paley added.

While most other blockchains try to remain industry-agnostic, Paley underscored, Solana places a lot of effort and resources on building specific tools and infrastructure to support the needs of game studios building games with complex real-time economies and systems.

Commenting on the funding round, Solana creator Anatoly Yakovenko highlighted decentralized gaming as the next frontier for blockchain technology. “The game Faraway is building has the potential to bring Web 3.0 to hundreds of millions of users,” he added.

Mini Royale: Nations’ browser-based setup allows players to play on any hardware with an internet browser without installation requirements. “The biggest challenge with making a browser game is the graphical fidelity you can get out of the browser,” Paley told Cointelegraph. “When WebGPU comes out, though, we should see graphical fidelity on browser improve significantly.”

However, there are significant advantages to browser-based development, with playing without installation being the first one. “All a player needs to do is share or click a link, and seconds later, they and their friends are all playing together in the same session,” Paley said.

Since MetaMask, Phantom Wallet and other Web 3.0 wallets are natively integrated into the browser, developing a browser-based game also makes sense since it makes buying, selling or trading in-game assets more convenient.