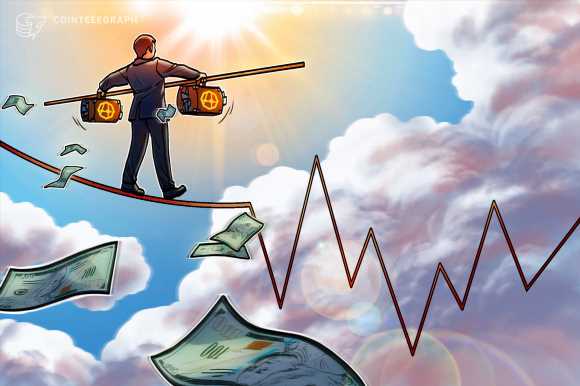 Richard Handler, CEO of Jefferies Financial Group, seemingly alleged on Nov. 10 that he knew about FTX’s liquidity problems back in July. In a Twitter thread, Jeffries revealed screenshots of emails that he claimed were sent to associates of Sam Bankman-Fried, also known as SBF.

The images Handler provided do not show the names or email addresses of the other parties to the conversation, but the bodies of the messages imply that Handler was trying to warn SBF about a potential financial problem at FTX and offer Jefferies’ restructuring services as a solution.

The first email is dated July 7, 2022. In it, Handler asks the recipient if they know Bankman-Fried. Handler states that he is concerned that SBF “seems in over his head, and could quickly be in a precarious position.”

The recipient of the first email responds by saying that they spoke to SBF once and have exchanged emails with him, “including recently.” They tell Handler that they will send SBF a note.

In the following email, Handler responds:

“We should get together for a meeting or dinner. What he is going through is not going to pass as quickly as he might wish and you can quickly become the rescuee versus the rescuer if you are not careful.”

According to Handler, the other party to this conversation did reach out to SBF, but “he never responded nor took a meeting.”

Handler said that he tried once again to contact SBF on Sept. 16, less than two months before the present liquidity crisis started, but the FTX CEO once again did not respond.

On Nov. 7, FTX customers started facing slow withdrawals as the exchange suffered a liquidity crisis. The exchange’s CEO admitted on Nov. 10 that it needed an $8 billion bailout to deal with the crisis. The crisis quickly spread throughout the crypto economy, at one point causing Bitcoin (BTC) to fall below $16,000 for the first time since 2020.

The first emails from Handler are dated July 7, over four months before the beginning of the company’s public crisis. It is unclear why if Handler knew about the issues he did not alert others in the industry, instead choosing to allow the crisis to unfold.