Welcome to the latest edition of Cointelegraph’s decentralized finance newsletter.

A week packed with positive advancements in the DeFi space including nine-figure fund raises, successful product launches and soaring token prices was somewhat tarnished by the news of two severe security exploits. Read on to get the full scope of developments across the week.

What you’re about to read is the smaller version of this newsletter designed for brevity. For the full version of DeFi’s developments over the last week, drop your email below.

Capital venture firm Borderless Capital announced the launch of ALGO Fund II this week, a $500-million initiative assembled to support the creation of digital asset projects on the Algorand blockchain.

Announced via a blog post by the Algorand Foundation, the capital will specifically focus on decentralized applications, niche services of liquidity mining, lending, borrowing and yield farming, as well as nonfungible tokens.

Algorand is an open-source decentralized blockchain most regarded for its speed of efficiency, security and status as a potential competitor to Ethereum’s dominance.

Incepted in November 2018, Borderless Capital has already invested in over 100 blockchain-related projects via its $400-million ALGO Fund I, including Tinyman, Yieldly, Opulous and Flare Network, among others, as well as established successful accelerator programs across three major industrial continents.

Assembly will seek to drive adoption of smart contract services and foster an environment for creators, developers and community advocates that facilitates the expansion of the Iota ecosystem into Web 3.0 sectors, including the metaverse.

Expected to launch in 2022, Assembly will function in parallel to Iota and employ the network’s existing infrastructure, most notably the directed acyclic graph structure, to operate as an interoperable, self-sovereign bridge that reaps the benefits of scalability and security, among others.

Decentralized application developers will be able to create their own smart contract chains and set individual parameters for low-cost execution fees, a function that will also enable service providers to issue on-chain stablecoin assets to incentivize validators.

In a recent Twitter post, Iota revealed that stakers can earn rewards in both Shimmer (SMR) and ASMB tokens upon launch of the networks, stating that “for every 1 MIOTA staked, users receive 1 $SMR and 4 microASMB every 10 seconds, for 90 days, once the staking has started.”

This week, decentralized projects MonoX and BadgerDAO were the victims of individual sophisticated protocol hacks that resulted in over $150 million in asset losses.

The MonoX platform suffered a single cyberattack on Tuesda when a bug in the smart contract’s swap contract enabled manual price manipulation of MONO tokens, an asset that had only just been listed on the Huobi exchange in the days prior.

After boosting the MONO token to what the team described as “sky-high” levels, the hackers exchanged the funds into other assets on the platform and secured lucrative profits.

In the days following the breach, the MonoX team confirmed that losses totaled around $31 million, alongside the publication of a remorseful statement, the essence of which stated:

“Days like yesterday are horrible, there is no sugar coating the harsh reality of a contract being exploited and people losing money. Our supporters put their faith in a new project like us, and yesterday we let them down.”

Similarly, but with no affiliation to the other, BadgerDAO was also the victim of a financial exploitation this week. Although concerns were raised by community members on Discord regarding suspicious increases in allowance in the days preceding, admins didn’t perceive this to be a threat as highlighted in this tweet from 0xMoves.

According to blockchain analytics service PeckShield, losses from the BadgerDAO have amassed $120 million at the time of writing, including 2078.76 Bitcoin (BTC), 30.27 Interest Bearing Bitcoin, and 151.32 Ether (ETH).

The Badger team has now responded by opening a full investigation into the events in addition to pausing smart contract activity until safety on the protocol is once again stabilized.

Analytical data reveals that DeFi’s total value locked has increased 8.01% across the week to a figure of $159.5 billion. 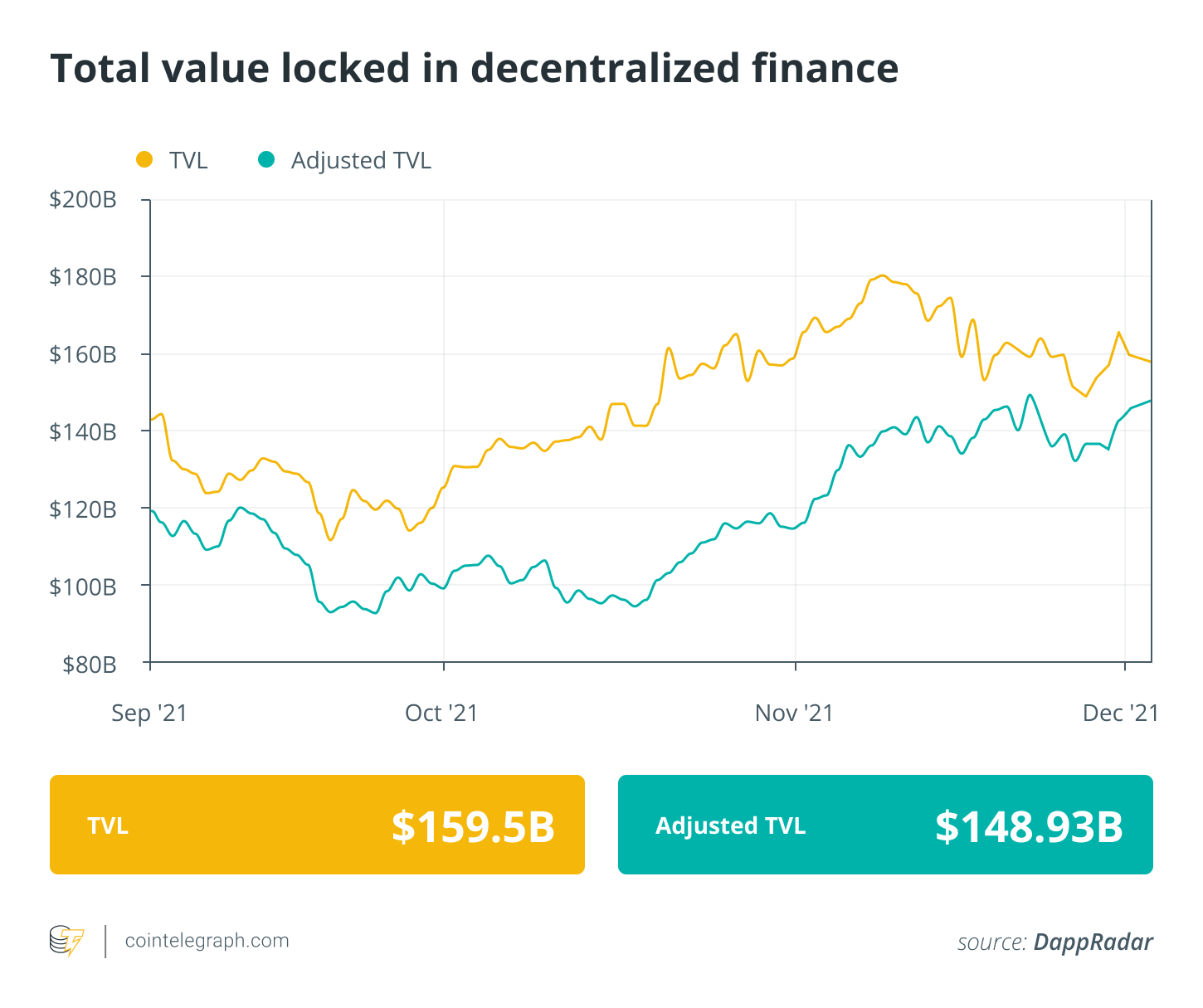 Terra (LUNA) soared to record heights this week thanks to gains of 66.85%. Uniswap (UNI) achieved a healthy 14.3%, while Tezos (XTZ) posted an increase of 12.70%. The fourth and fifth spots this week were claimed by Chainlink (LINK) and Oasis Network (ROSE) with 8.1% and 8% gains, respectively.

Analysis and hot topics from the last week:

Thanks for reading our summary of this week’s most impactful DeFi developments. Join us again next Friday for more stories, insights and education in this dynamically advancing space.