Christopher Wray, the director for the United States Federal Bureau of Investigation, testified before the Senate Homeland Security Committee on November 5th as part of a hearing on national security threats on the United States. During his testimony, Wray commented that “for us, cryptocurrency is already a significant issue and we can project out pretty easily that it’s going to become a bigger and bigger one.” 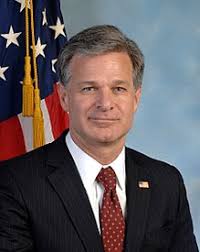 “Whether or not that is the subject of some kind of regulation as the response is harder for me to speak to,” he continued.

However, Wray did say that the FBI is keeping an eye on crypto, using the “tools that we have to try to follow the money.” He also commented that if the US fails to keep up with new technologies, it will eventually be “walled off.”

The comment came in response to a question by Senator Mitt Romney (R-UT), who was also the leading republican presidential candidate in the 2012 presidential elections. Romney asked Wray and other leaders from the FBI and National Counterterrorism Center about cryptocurrencies, among other things.

“I’m not in the Banking Committee. I don’t begin to understand how cryptocurrency works,” Romney said. “I would think it is more difficult to carry out your work when we can’t follow the money because the money is hidden from us and wonder whether there should not be some kind of effort taken in our nation to deal with cryptocurrency.” 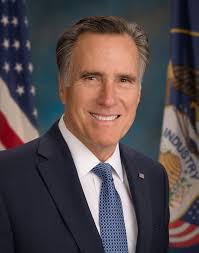 Concerns elsewhere in the world

Wray’s comments come just one day after Peter Dutton, the Australian Minister of Home Affairs, said at a counter-terror conference in Melbourne that the increased use of a number of financial technologies, including stored-value cards, online payment systems, crowd-funding platforms, and digital currencies could pose a risk to national security.

“The anonymity afforded by such technologies enables terrorist financiers to obfuscate their activities,” he said.

Earlier this week, Finance Magnates reported that eight Australian regulators had teamed up to express concerns about the launch of Facebook’s Libra project.

“The regulators which include the Australian Securities & Investments Commission (ASIC), the Office of the Australian Information ­Commissioner (OAIC), Austrac, and the Australian Competition & Consumer Commission had a meeting with the US executives of Facebook last month,” the report explained.

“The watchdogs are concerned that the privately-controlled digital currency will become a tool for cyber scammers and also alarmed by the privacy concerns. Like their global counterparts, the Australian regulators are also concerned about the money-laundering and terror financing aspects with the proposed digital currency.”