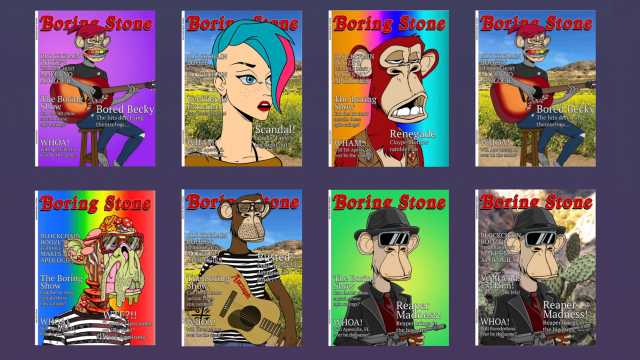 ‘Utilizing Technologies to Build and Empower Our Own Community’

The members wholeheartedly believe that digital currencies and NFT communities are very important. A member of the team dubbed ‘Theehustlehouse’ explains that “Crypto is all about community.”

“We’re utilizing these new and exciting technologies to build and empower our own community,” Theehustlehouse detailed. “This is just the start; we can’t wait to bring more projects like this forward in the future.”

The Genesis collection is made up of 10,000 randomly generated NFTs, combining 7 trait categories and over 200 individual unique traits. Categories include the cover image, background, logo, headlines, and a number of easter eggs that when combined create a fun and engaging experience into the world of NFTs.

The crew of NFT community members explain that the pre-mint for BAYC owners starts on Tuesday at 8 a.m. (EST). The public minting will begin at 3 p.m. and Mike Shinoda of Linkin Park will join a Blockchain & Booze live show at 8 p.m. An hour later, the NFT reveal will take place during the networking session. The American singer, songwriter, rapper, and record producer Shinoda is a proponent of NFTs.

“Over the last two years, Draper Goren Holm has incubated and invested in multiple companies that have come together when their founders met during the Blockchain & Booze networking sessions,” Alon Goren, founding partner at Draper Goren Holm, explained in a statement sent to Bitcoin.com News. “I’m so excited to see what our community will do when they join together to make this community even more fun and productive.”