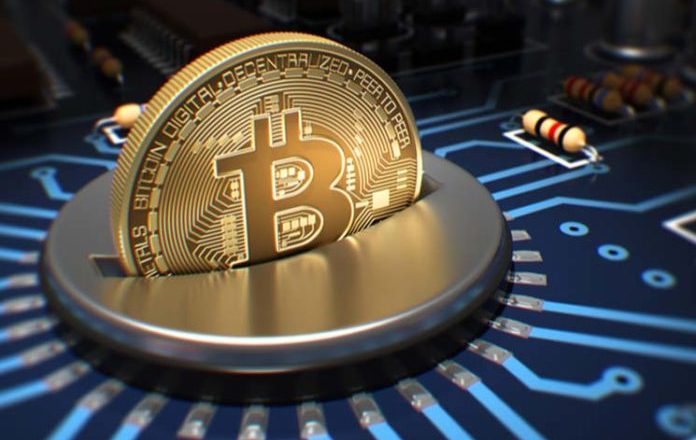 Bitcoin has plunged 25%, taking it to a 3½ month low, after China banned financial institutions from providing cryptocurrency services. This follows the pressure the largest cryptocurrency has faced over the past few weeks with Tesla retracting from its acceptance of Bitcoin due to environmental concerns, growing hesitancy from new investors, and the rise in popularity for other digital assets.

Below are experts commenting on this week’s events of the Bitcoin price drop, hypothesizing what caused these events and offering a fresh market analysis.

“Bitcoin is quite interesting because the price has been mostly stagnant over the past couple of months. The combination of hash rate falling due to mining operation disruptions in China and Elon Musk’s tweets have caused the price to fall rapidly. We also saw a quick rebound after Musk confirmed on Twitter that Tesla didn’t sell its BTC holdings. As it usually does, BTC drags down the rest of the market. Prior to that tweet, a lot of large players dumped in the past week or so. BTC dominance has dropped to its lowest point in over three years. It will be interesting to see if BTC can recover its market dominance or if altcoins will gain more momentum as they offer new technologies and use cases for DeFi and NFTs.”

On overall market drop:
“Overall it’s clear that there is market coordination going on among large players. Many people are referring to this event as a “shake out”, meaning that institutions or whales are selling big amounts, even tens or hundreds of millions of dollars worth at a time,  to intentionally tank the price. Retail investors then capitulate and sell, driving the price to a bottom. Then, the large players are scooping up cryptocurrencies like BTC, ETH, and various altcoins at a cheap price.”

“I’m not really concerned about the long-term effects of this. More and more financial institutions are getting involved in this space which has already legitimized this industry. Many are cautiously jumping in and a lot of money is being invested in research and proper partnerships are being built – it’s all about understanding regulation, compliance and anti-money laundering – if these boxes can be ticked, hedge funds will definitely be going ahead with a lot of these planned projects involving digital currencies.

Financial institutions, hedge funds and high-wealth investors are looking at crypto beyond the investment benefits. It’s all about earning higher yield and saving significant costs on instant settlement. We will see greater interest in stablecoins which remove volatility and uncertainty where digital assets are collaterally-backed with fiat. A lot of revenue is being derived from crypto lending, asset lending, and this is just going to grow larger, despite the dips of this week.”

“There is much more to Bitcoin than big gains – we are witnessing more financial institutions deploying blockchain innovations that make the traditional wheels of finance move faster, and cheaper. Digital currencies empower people to access finance 24/7, rather than on a Monday when a broker comes back into the office. The underlying technology of Bitcoin will continue to cause disruption in legacy markets, despite the market tumble of this week.”

“Decentralized finance simply offers greater yields because it removes intermediaries. It is logical for investors to seek a more diversified portfolio that mitigates the risks of volatility we have seen with Bitcoin this week. There is much more to this industry beyond Bitcoin, and this market tumble will only highlight what other, more stable, digital assets there are on offer.”

“What will change in the market from this week? Bitcoin’s volatility has dropped confidence in the asset, but it will only pave the way for interest and understanding in more truly stable assets, like stablecoins, in particular, algorithmic stablecoins which are programmed to remain stable through smart contracts. The market will start paying attention to different tokens which are not volatile assets. Stablecoins are also available across many blockchains, including Ethereum, Polygon, Polkadot and Solana, all blockchains that use significantly less energy than Bitcoin. This is what will be the future of digital assets.”

In the bull market, seeing these big drops is common. The last time we saw a bull run, Bitcoin dropped at least half a dozen times by 20-30% before it went to the then all-time high.

Elon’s tweet sparked a conversation around Bitcoin’s energy consumption, and I think it is good that people are at least aware of the nuances. But this isn’t new, and there is far more that is happening in the space in terms of development for it to stay like this.

With hundreds of projects getting built across various blockchains, key crypto segments like DeFi up at $71B of total value locked, NFTs getting their fair share of attention in mainstream media, Ethereum, the second-largest blockchain in the world, getting multiple efficiency updates and moving to PoS (proof-of-stake) in the upcoming months, the markets are bound to make a quick comeback sooner.

Antoni Trenchev, co-founder and Managing Partner of Nexo, the leading regulated financial institution for digital assets with over $12 billion in assets under management, said:

Every bull run within crypto has seen five to seven declines in excess of 30% and this cycle is no exception. Ethereum is at a different stage in its cycle — the market seems to be struggling to stop it in its tracks. At Nexo, we’ve seen a lot of clients roll out of Bitcoin and into Ethereum because, on the surface, Bitcoin is now where ETH was a few months back: it hit $2K in February and then failed to reconquer that territory for more than a month. Similarly, Bitcoin didn’t secure stable support above 65K – which I recently predicted would be a significant resistance level – and has retracted to the low $40,000s. More than anything, however, what this undeniably large correction and those before it prove is that the crypto market is resilient, that it’s a long-term game ill-suited to the weak-handed.

Elon Musk’s comments on the ecological impact of Bitcoin mining have caused real dispute and given his status a lot of people are taking his word as gospel, which can be detrimental to the crypto space.

“The public are paying attention to Musk but we are already witnessing substantial proof that this argument is false. Analysis suggests that 76% of all Bitcoin mining utilises renewable energy and there are a plethora of other blockchains and digital assets that will weather this storm because they use sustainable proof-of-work protocols. For example, the UK-listed crypto mining company Argo Blockchain announced last week that they had purchased two data centres in Quebec which are powered almost entirely by hydroelectric energy.

“It is paramount that those in the crypto space spend sufficient time researching facts before believing any social media discourse, especially given the reactivity of so many of the comments that has driven the crash of both Bitcoin and Eth.