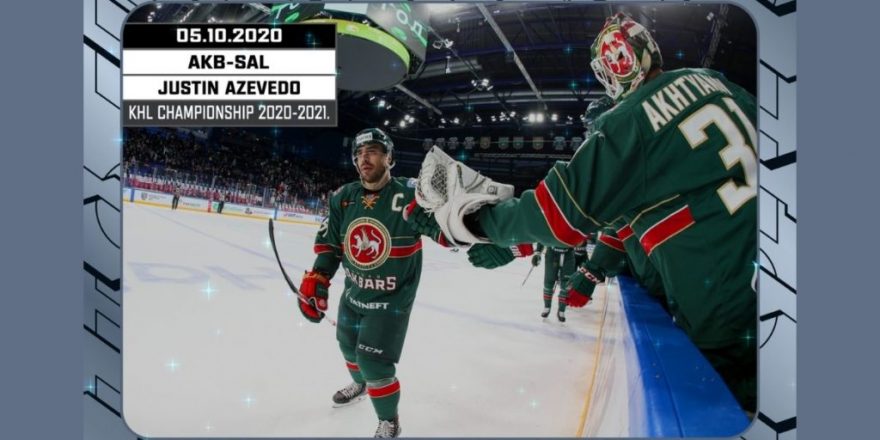 KHL.cards will be the first large-scale project that connects the hockey and cryptocurrency industries. Digital asset enthusiasts and sports fans will be able to purchase KHL’s exclusive NFT cards, earn internal tokens through staking, and become players in the first sports system on GameFi. 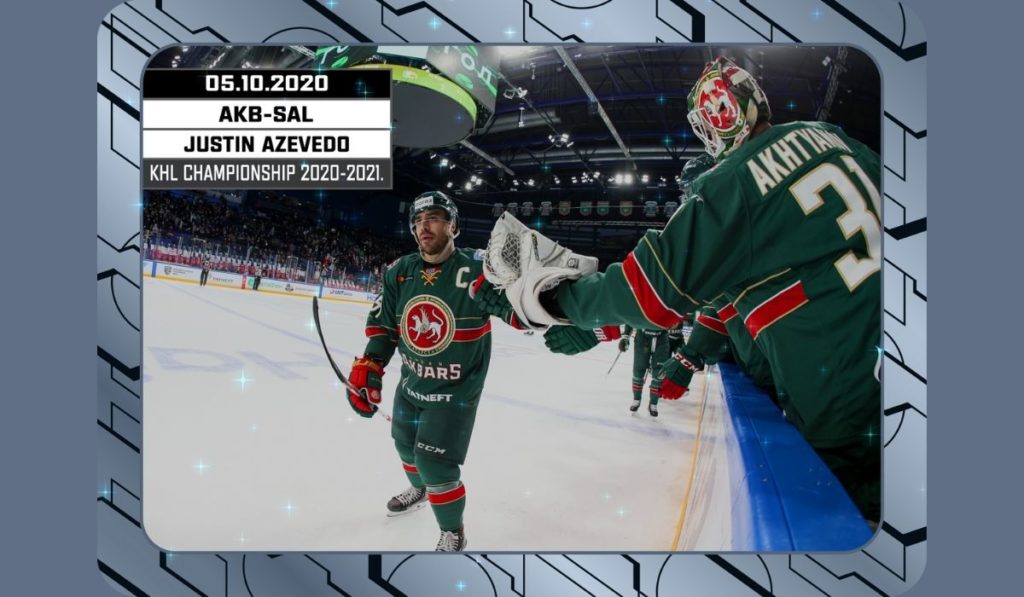 22 September 2021. The Block-chain.com holding, the creators of the KHL.cards NFT project operating under the license from the Kontinental Hockey League, is issuing NFT hockey cards exclusively on the Binance NFT marketplace, the NFT marketplace of the world’s leading blockchain ecosystem and cryptocurrency infrastructure provider Binance.

Users of the Binance NFT marketplace will be able to purchase the first batch of NFT cards through the Mystery Boxes. The launch of the Mystery Boxes is scheduled for September 27th, 2021. 20 unique NFT cards with different levels of exclusivity will be offered in the form of Mystery Boxes at a fixed price of 20BUSD.

The plan is to launch 20 types of cards in the first batch: each card will capture memorable moments from games in a classic or animated format. These can be footage from season games, detailed images from sports awards, or images of the champions themselves. The NFTs are created based on photos and videos of all KHL teams, including Avangard, Spartak and CSKA. The cards also may include images of famous athletes as Sergey Shirokov, Vadim Shipachev, Marko Anttila, Konstantin Okulov and many others. Each type of card will have its own level of exclusivity: bronze, silver, gold or platinum. They indicate how valuable a card can be. The higher the rarity of the card, the fewer such cards will be issued and the more expensive they will be.

Any Binance exchange user can participate in the sale of Mystery Box. The Binance NFT Marketplace shares the same account system as Binance.com. New users have to register on Binance.com to create or trade on the Binance NFT platform.

“KHL.cards is a fundamentally new digital project from KHL and our partners, Block-chain.com and Binance NFT. KHL digital assets are not just cards showing memorable hockey moments that can be purchased on the marketplace, they are also a whole system that you can use to collect, sell and play with. We started working on this back in spring and the main provision was that we would perform long-term development in this direction and not just sell NFT cards. This is now a fully-fledged product, at the further stages of which the game mechanics will be introduced. I hope it will be appreciated by both fans and the digital community. I would like to thank the clubs. They supported the project. We will launch in stages. Initially, the first NFT cards will go on sale on one of the largest marketplaces in the world, Binance NFT. Then, based on our own KHL.cards system, owners will be able to earn tokens and win valuable prizes. Next year we plan to launch on GameFi. It is always very interesting to release something new, especially since we are at the forefront of digital technologies and together with our partners we are prepared for this,” said Vice President of the KHL Sergey Dobrokhvalov.

“We are delighted to welcome the first large-scale hockey NFT project on Binance NFT marketplace. Hockey is one of the most popular sports in the world, with an army of millions of fans” said Helen Hai, the Head of Binance NFT. “We are witnessing groundbreaking innovations emerging from the collaboration of the sports industry and the NFT marketplace with the fastest and cheapest solutions powered by Binance blockchain infrastructure and community.” 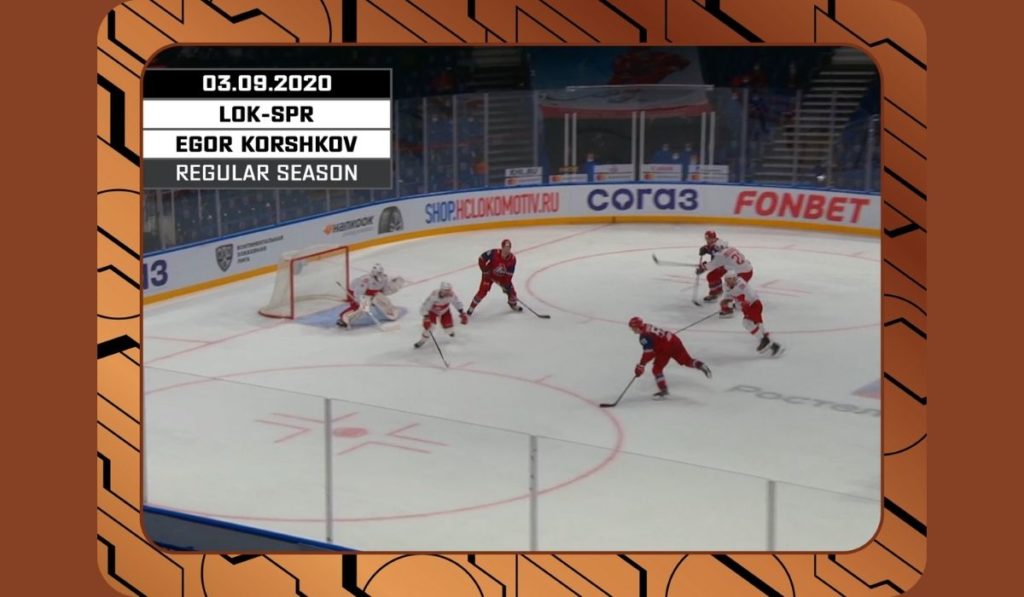 Furthermore, in the future, it is planned to launch a marketplace for additional sales and raffles of NFT cards, as well as organizing a secondary market. On the marketplace, KHL NFT cardholders will be able to earn internal tokens on the platform through staking. Users will be able to spend the tokens they get on access to broadcasts, the best seats for spectators at matches, and will also receive unique opportunities not available to ordinary fans.

“Hockey fans and crypto communities share similarities. They are communities with a keen interest in dynamic processes and dramatic victories. We were able to bring these people together in a fundamentally new ecosystem, to introduce them to the capabilities provided by NFTs. The idea of owning a unique and inimitable digital product with the right to use it in various ways is now more relevant than ever before. This is an exclusive feature on the mass market, so it is natural that people around the world will begin to learn more about it. Thanks to our platform, fans will be able to watch games from the commentator’s box, give “high fives” to hockey players as they enter the rink, and much more” said Alina Krot, Executive Director of KHL.cards.

In addition to the launch of mystery boxes, the campaign announced the launch of a fully-fledged game project for GameFi. This will expand the capabilities of the unique NFT cards for their holders. They will be able to not only collect NFTs but also to use them for various game mechanics. By participating it will also provide holders with the opportunity to receive exclusive prizes. As a result, the revolutionary ‘play-to-earn’ feature will be added for holders, which has already changed the gaming industry around the world.

KHL.cards, together with Binance, are exploring the potential for the development of the project’s tokenomics.

* * Staking – passive earnings, in which the user locks their assets for a period of time in return for rewards.

** ** Mystery box – a sealed box containing an NFT token with a value that can be different to that of the purchased box.

The Kontinental Hockey League (KHL) is an international sports league created for the development of hockey in Russia and other Eurasian countries. The decision to create the league was made in February 2008. In the 2021/2022 season, 24 teams from six countries are taking part in the XIV KHL Championship: Russia, Belarus, Kazakhstan, China, Latvia and Finland. Since 2018, within the framework of the KHL World Games project, KHL championship matches have been held in countries other than those represented by the teams in the league. In addition to the official matches of the KHL World Games in Vienna, Zurich, Davos (two years in a row) and Tallinn, exhibitions have also been held in other countries. In particular, the tour of Torpedo and Dynamo Riga in Great Britain in 2019.

Binance is the world’s leading blockchain ecosystem and infrastructure provider for the cryptocurrency industry with a portfolio of financial products that include the largest digital asset trading exchange in terms of volume. Trusted by millions of people around the world, Binance is designed to expand the freedom of money for its users. It offers a unique portfolio of cryptocurrency products and opportunities. These include trade and finance, education, research and data, philanthropy, investment and business incubation, decentralization and infrastructure solutions, and much more.

More information is available at nft.binance.com

Block-chain.com is the technology provider of the Kontinental Hockey League for the NFT project KHL.cards.