Craig Wright, who has claimed to be Satoshi based on previously not revealed evidence that he mined early on one million bitcoin, has actually been claiming to own nothing else than the MT Gox bitcoins, some of which are in control of the MT Gox bankruptcy trustee.

According to court documents filed by Ira Kleiman, brother of David Kleiman, who has shown contracts and trust documents that were seemingly shared with him by Craig Wright, Wright has claimed in bitcoin backed mortgage contracts and other schemes hundreds of thousands of bitcoins that are known to be in the possession of the now bankrupt exchange.

The court statements by Ira Kleiman appears to rely solely on heresy evidence of what Craig Wright claimed, including two key documents as exhibits that show some addresses Wright claims he owns.

A brief check of these addresses reveal they belong to MT Gox as has now been proven. Taking the very first address above at A (a), we’ll call it 12hR, an address Wright claims to own, we can see it shows funding of 334k bitcoin in 2011.

That was funded by none other than the infamous MT Gox address from a proof of solvency gox did in 2011, as can be easily seen by clicking on the funding green address right at the bottom, which takes us to this:

It is known this address belongs to MT Gox because blockchain detectives revealed it in 2014 to show gox still held some 200,000 bitcoins. Gox later admitted to it, with that 200k now held by the bankruptcy trustee.

Looking at the second address mentioned above, 12C, this is directly funded by the 1AY gox address, which is derived from the proof of solvency 424 address. Again, both admitted and proven to be owned by Mt Gox. 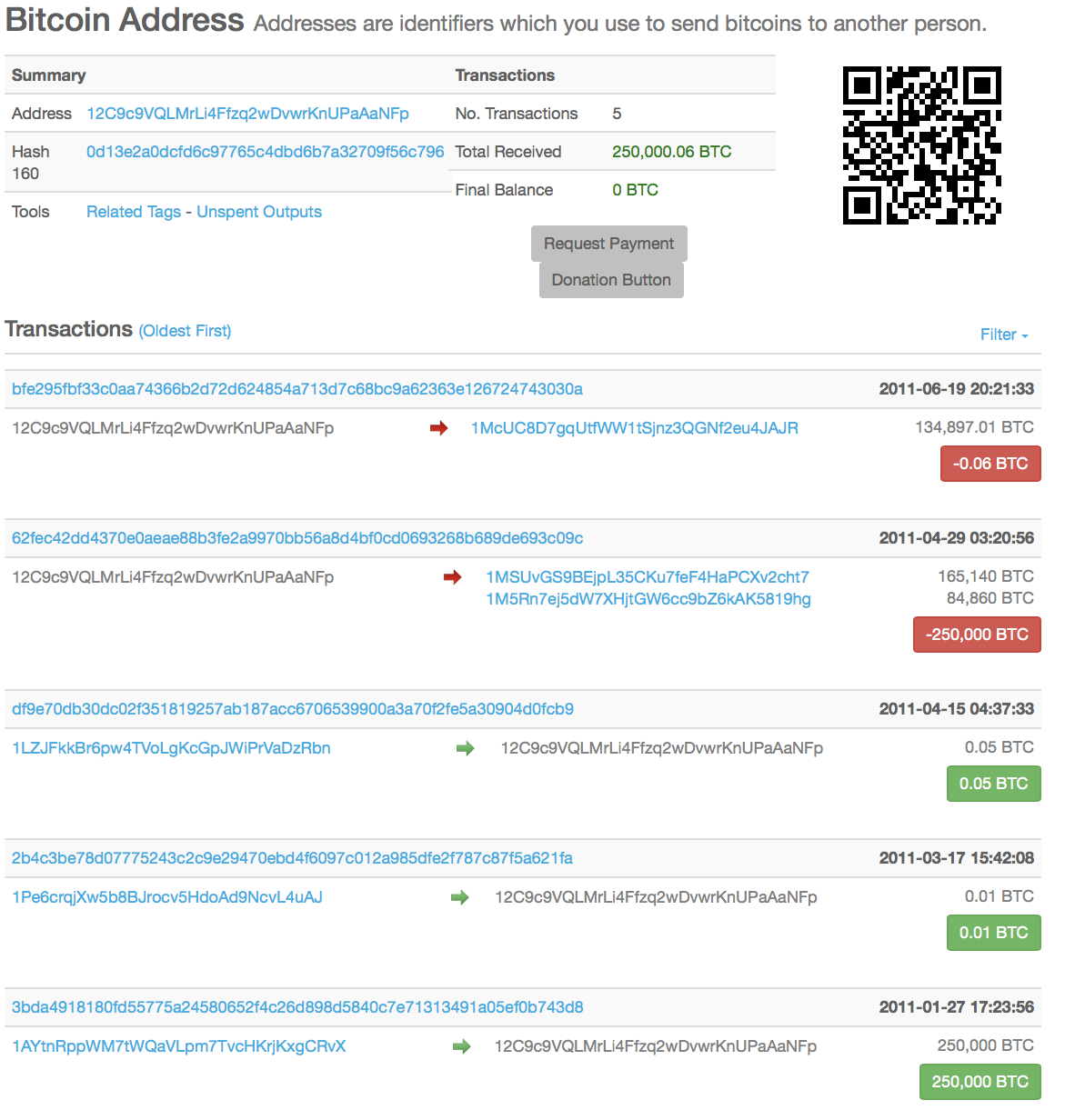 The 1933 address in the second exhibit, which Wright claims was held in some escrow, is in fact very familiar to bitcoiners who were around the gox collapse because it makes part of a blockchain maze that was then dis-obfuscated.

That address was funded by one of the four 50k addresses which was proven and admitted to be held by MT Gox as one can easily see by just clicking back its funding.

In 2014, that 50k address was sent through a mixing of sorts by the trustee, making tracking difficult for individuals unfamiliar with the background, but for those even a bit familiar with how the 200k mt gox coins were revealed, and what followed once it was admitted, there can be no doubt whatever these addresses belong to MT Gox and Craig Wright has no onwership of them whatever.

Moreover, the filed claim by Kleiman contains no evidence whatever that Dave Kleiman owned any bitcoin or that Craig Wright does so. The entire document and all evidence relies solely on claims of ownership by Craig Wright without any concrete evidence.

The only actual evidence provided is the claimed addresses which, as we have proven, belong to MT Gox not Craig Wright, David Kleiman, or anyone else.