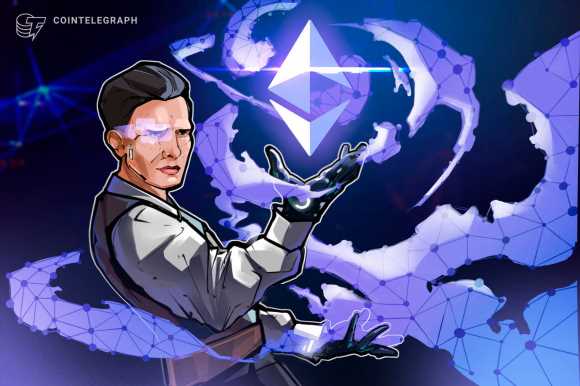 Ethereum Merge a 'few months after' June: Dev clears up what’s going on

The long-awaited Ethereum Merge is set for yet another delay, with developers working on the upgrade estimating a completion time a “few months after” June.

Owing to the success of testing, there was a general expectation the Merge would go through mid year, however the latest setback is unsurprising given that Proof of Stake has been delayed constantly ever since it was first proposed.

That said, the signs are promising that the Ethereum mainnet will actually merge with the beacon chain to become a Proof-of-Stake (PoS) network this year. For real.

Ethereum developer Tim Beiko provided the updated timeline via Twitter yesterday, tentatively stating that the core devs are into the final stretch:

“It won’t be June, but likely in the few months after. No firm date yet, but we’re definitely in the final chapter of PoW on Ethereum.”

After noting that his comments caused a stir amongst Ethereum proponents and haters alike, Beiko followed up today by observing “that it can be hard to parse the progress on The Merge when you aren’t deep in the process.”

To provide further context, Beiko published a blog post with a deeper rundown.

According to the developer, a specific date will not be set until “client teams are confident that the software implementations have been thoroughly tested and are bug-free.”

Central to these latter stages are the trial runs of public test nets such as Kiln, and the roll out of shadow forks which enable devs to test various merge/PoS-related implementations on the network.

Another important factor is the difficulty bomb (an automated increase in mining difficulty designed to make PoW mining less attractive), which Beiko says will start to be noticeable on Ethereum around May and make blocks “unbearably (read 15-20 seconds) slow by August.”

“If client developers do not think they can deploy The Merge to mainnet before block times are slowed too much, it will need to be delayed again,” he said.

Beiko put forward two ways in which the difficulty bomb could potentially be delayed to usher in the Merge upgrade beforehand, firstly combining a bomb delay with merge client releases to delay the “bomb at a certain block, restoring 13s block times, and then activate The Merge shortly after.”

Secondly to separate the bomb delay via network upgrade “which only delays the difficulty bomb” prior to the merge.

Related: Ethereum derivatives data shows pro traders are bearish, but for how long?

Earlier this week Ethereum Foundation developer Parithosh Jayanthi suggested there is still a fair amount of trial and error to go, after he noted that the testing of three shadow forks resulted in “bugs varying from sync code to request timeouts being found.”

Following the successful implementation of The Merge and transition to a PoS consensus mechanism, the final landmark on the road map for Ethereum (formerly known as Eth2) is the sharded chains upgrade slated to go live in early 2023. Until then however, the network will utilize Layer-2 networks like Polygon and Optimism to handle scalability and high transaction volumes.