Home » Crypto » Ethereum [ETH] Technical Analysis: Ethereum holds on to the Bull while the bear attacks

Ethereum [ETH] Technical Analysis: Ethereum holds on to the Bull while the bear attacks

After having gone up the ladder to the second position, Ethereum [ETH] has become the second largest coin and is seen climbing new growth. Ever since the coin is seen steady growth with a little slip. 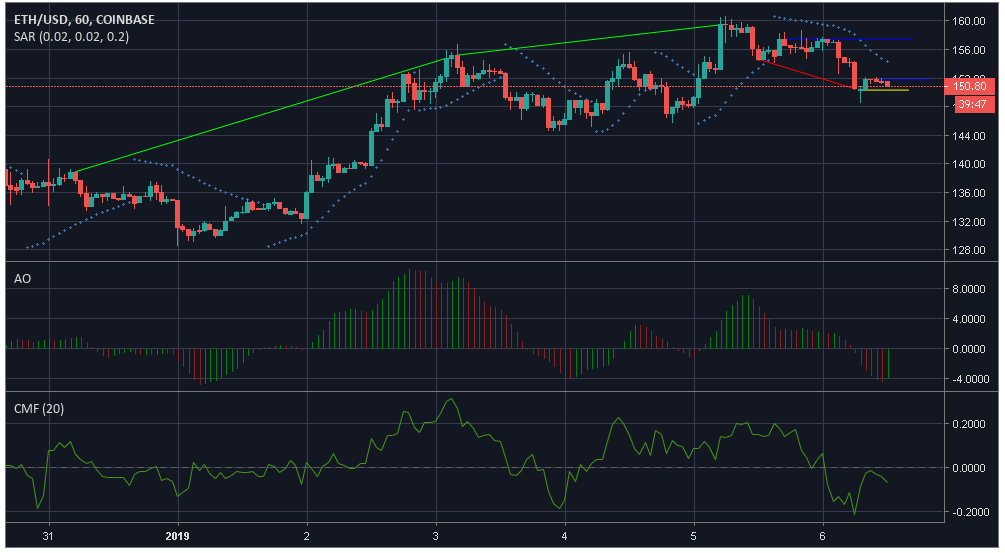 Parabolic SAR points towards a bearish market, as the markers have aligned under the candles.

Chaikin Money Flow is under zero, pointing towards a bearish ride for the cryptocurrency. 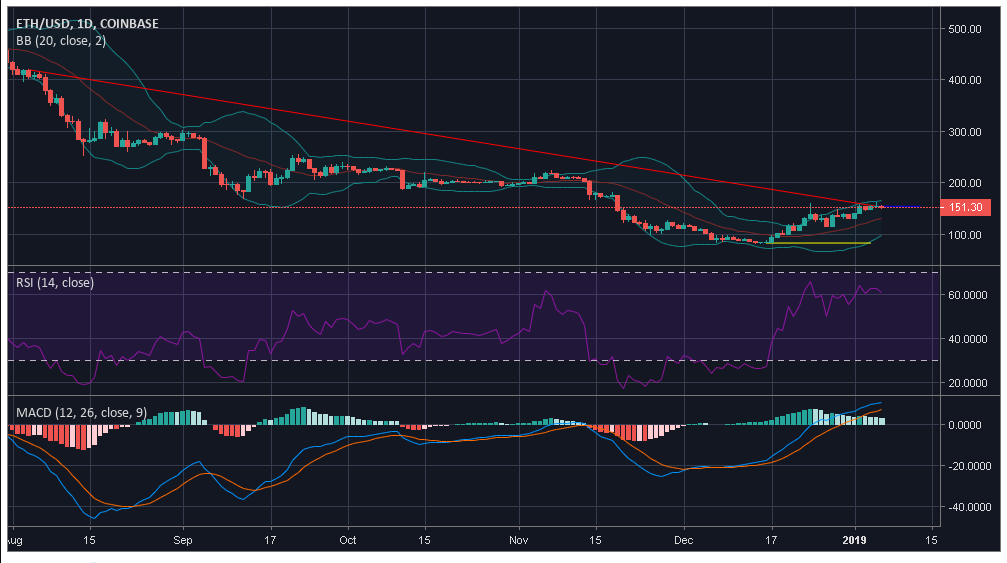 Bollinger Bands appear to be at a diverged point, indicating increased volatility in the market. The moving average line is under the candlesticks marking a bullish market.

MACD line is over the signal line, after a bullish crossover, indicating a bull’s market.

Relative Strength Index indicates that the buying and selling pressures are evening each other out.


Parabolic SAR, Awesome Oscillator, and MACD predict a bullish market. However, according to Bollinger Bands and Chaikin Money Flow, bear seems to have laid a trap and might overtake the market.