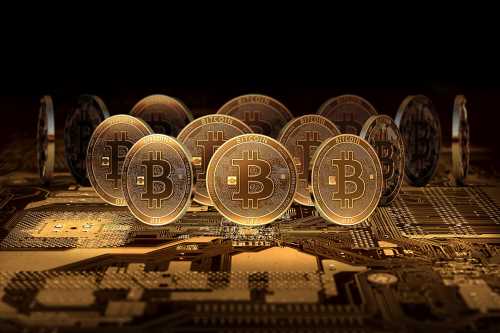 El Salvador Will Sell Debt to Build Its Bitcoin City

As a means of avoiding assistance from the International Monetary Fund (IMF), the Central American nation of El Salvador is looking to sell debt that’s fully backed by bitcoin. The IMF has already asked the country to avoid all bitcoin activity in the future, though El Salvador graciously responded by giving the global organization the finger, claiming on social media that it would never step away from crypto.

The bitcoin-backed debt is known as a “volcano bond.” At the time of writing, it is for $1 billion and would ultimately be used to build El Salvador’s long-awaited “Bitcoin City.” The debt gets its name from the fact that El Salvador is using geothermal energy from volcanoes to power cryptocurrency mining rigs to extract new units of bitcoin.

We believe that between March 15 and 20 is the right timing. We have the tools almost finished, but the international context will tell us… I didn’t expect the war in Ukraine.

Zelaya believes that if the bond is successful, more doors can be opened for foreign capital, which could ultimately wean El Salvador fully off the U.S. dollar. In addition, the nation could potentially stay away from the IMF permanently, as the organization is known to provide loans with poor terms and conditions for the receiving nation.

If this is a failure, a lot of doors close. This issue is going to define a lot.

El Salvador has come a long way in the world of digital currency. The nation was the first to establish bitcoin as an official legal tender last September, meaning customers could walk into any store and pay for goods and services with digital currency. They were also free to continue paying with USD if they chose, though the option to use bitcoin was there. In addition, stores had to be willing to accept BTC as they would USD.

A Long and Rocky Journey

The country has not had an easy journey implementing its bitcoin agenda. Aside from the IMF, El Salvador has also faced opposition from the World Bank, which stated that it would not be providing any aid to the country given that it couldn’t take bitcoin seriously due to its volatility. Furthermore, the region had trouble implementing the appropriate technology to support its Chivo wallet system, which would give all its residents access to bitcoin.

Citizens of El Salvador have also not taken well to bitcoin in that there have been numerous protests in the nation’s capital of San Salvador from those looking to avoid bitcoin given its alleged ties to terrorists and criminal organizations. In any case, El Salvador has continued to move forward.