Home » Crypto » Donald Trump Is No Fan of Bitcoin 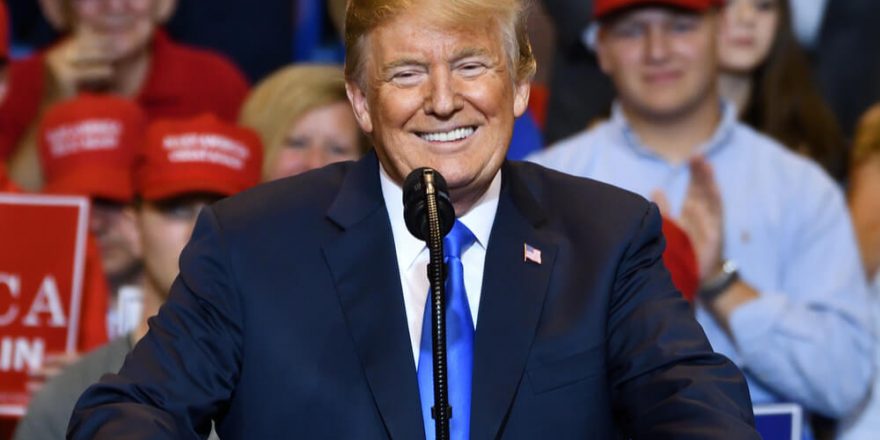 Donald Trump Is No Fan of Bitcoin

President Donald Trump is in the news after spending a few months out of the limelight. In a recent interview, Trump took aim at bitcoin, the world’s number one digital currency by market cap, calling it a “scam” and saying that it was a threat to the U.S. dollar.

In the interview, Trump says the following:

Bitcoin, it just seems like a scam. I do not like it because it is another currency competing against the U.S. dollar.

He went on to say that he wanted USD to be the “currency of the world.”

This is not the first time the President has taken aim at the digital currency. He first criticized bitcoin two years ago, claiming that cryptocurrencies had no value and that their prices were “based on thin air.” In other words, there was nothing in existence to make crypto legitimate currencies, and thus he was not crazy about their existence, feeling they could potentially lead to “illicit or unlawful behavior.”

Interestingly, he is not the only one to voice opposition to bitcoin in recent days. Similar verbiage came from Justin Urquhart-Stewart, the co-founder of Seven Investment Management. He stated that bitcoin could be a threat to other currencies, claiming:

It has taken off in such a way that it has created a popular appeal without any sound financial strength… Bitcoin is dangerous because it is trying to create a level of credibility to unreliable and wholly unfounded value. Quite often, unsophisticated punters are drawn in at the wrong time to something they think they can make a quick buck on. To them, it does not matter what it is, whether it is bitcoin or GameStop or AMC, it is something you can bet on.

For the most part, he believes bitcoin has done well simply because figures such as Elon Musk have behaved “stupidly,” and that everyone falls for their antics. However, he says that there are far too many people taking unnecessary chances and that they need to educate themselves on the risks of crypto before jumping in headfirst. He says:

What we have now is a young generation of punters who have no knowledge of financial planning and development. They understand how to buy and sell things, but they have no concept of how to create longer-term wealth.

Some Say It’s Not a Currency

Others – such as Neil Wilson, chief market analyst for Markets.com – believe that Mr. Trump’s criticism and fear of BTC is irrelevant given that bitcoin does not qualify as a currency. Wilson states that bitcoin is not a threat given that it cannot operate in the same way as USD due to its volatility. He states:

I call bitcoin more of a security, like a stock or a bond. Although it has appreciated massively, it is far too volatile to be a currency. It moves around more than most stocks do.