Home » Dogecoin And XRP Markets Could Be In Store For 'A Washout', Mike Novogratz Warns 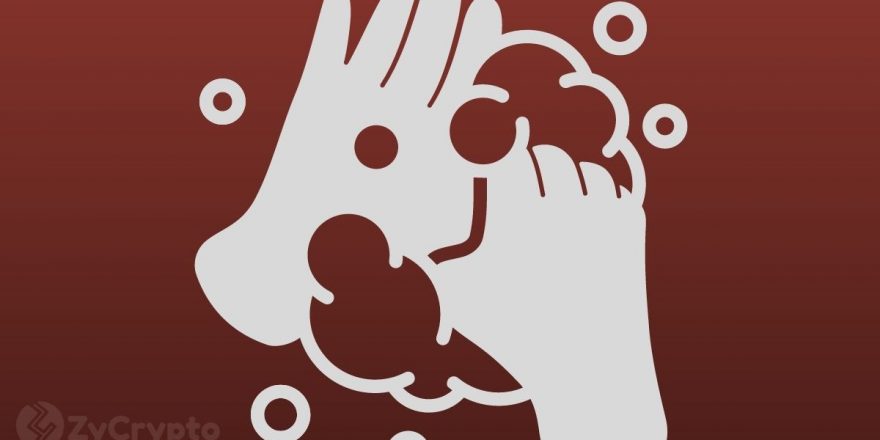 Dogecoin And XRP Markets Could Be In Store For 'A Washout', Mike Novogratz Warns

Wall Street titan and Bitcoin bull Mike Novogratz expects the crypto to reach $100K by the end of this year. Bitcoin has hit a new all-time high largely sparked by frenzies like the Coinbase debut on Nasdaq. The CEO and founder of Galaxy Digital has however warned that the current euphoria could lead to a washout.

There has been a major market frenzy in the wake of the Coinbase listing. The crypto exchange, trading under the ticker $COIN went as high as $429 on its debut, reaching a valuation of roughly $100 billion. Bitcoin gained over 5% to trade above $64,000, a new all-time high for the asset. Other top cryptocurrencies followed suit, with Ethereum which topping $2,400.

Novogratz has predicted that Bitcoin will continue in its upward trajectory topping $100,000 by the end of the year. He has further predicted Bitcoin will grow fivefold by 2024, placing it above $500,000.

However, the former Goldman Sachs executive has fired a dire warning regarding the current bull market. He believes that the Coinbase-fueled uptrend could lead to washout in the near future.

Speaking at the Investing in Crypto Virtual Event hosted by MarketWatch and Barron, Novogratz stated,

“In the next week, certainly we could have some volatility because of the excitement around Coinbase.”

He further singled out Dogecoin and XRP which have been exploding in the last few weeks. XRP ended its upward surge just under $2 after more than doubling in price in a week. Dogecoin, on the other hand, set a record 100% surge in a day to reach a new all-time high.

“I’ve seen a lot of weird coins like Dogecoin and even XRP have huge retail spikes, which means there’s a lot of frenzy right now.”

Novogratz, whose company has recently filed for a Bitcoin ETF with the SEC is however bullish on Bitcoin and Coinbase. His firm becomes the 9th firm to file for a Bitcoin ETF. Like many, he believes that Coinbase going public is monumental and a step in the right direction for the crypto industry.

Novogratz’s short-term predictions are in line with past trends. Whenever there has been a major development in the industry that led to a price explosion, this has been followed by a price correction. How far prices fall depends on the support and buying pressure that follows on the way down. 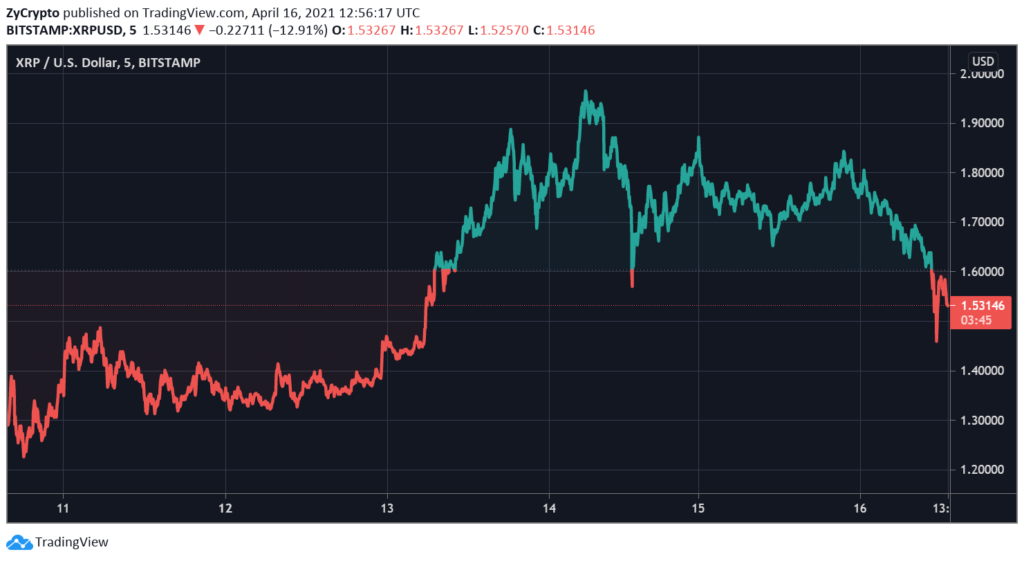 For XRP, the future doesn’t solely depend on market forces. The crypto is the subject of a securities violation lawsuit by the Securities and Exchange Commission against Ripple Labs.

Ripple and its executives have been lodging small victories that could prove pivotal in the long run. These include a ruling by a New York judge denying the SEC access to the financial records of the company’s executives. With a new sheriff in town in Gary Gensler, who took over at the SEC, it remains to be seen which way the case swings.