Home » 'Crypto will cause the next financial crisis': Precious metals boss 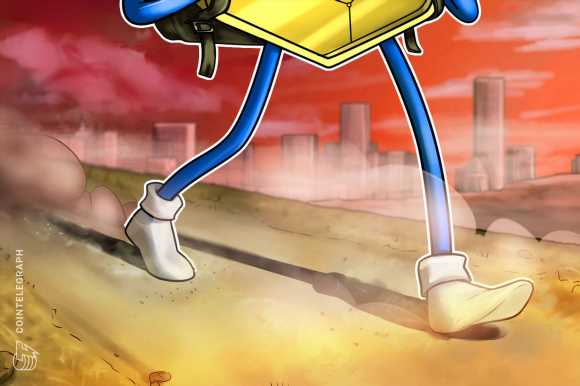 'Crypto will cause the next financial crisis': Precious metals boss

The CEO of precious metals royalty and streaming company Metalla Royalty & Streaming, Brett Heath has warned that crypto will “lead the charge into the next financial crisis.”

Metalla Royalty & Streaming is a Canadian-based firm founded in 1983 and has a current net worth of almost half a billion dollars. Metalla offers exposure to precious metals through gold and silver royalties and streams.

Speaking to financial news outlet Kitco News on May 28, Heath compared crypto to the tech induced crash of the early 2000s and the 2008 mortgage crisis, noting that:

“When you look back the last few decades and you look at all of the financial crises that happened, you know, they all have a couple of things in common. And one of them is the mass adoption of a new financial product or a new technology that’s not very well understood.”

“If we just rewind to the mortgage crisis of 2008 […] We had the mass adoption of mortgage-backed securities, collateralized debt obligations. And once the public had embraced this, this new financial product then it crashed, It was a huge problem,” he added.

The CEO described cryptocurrencies as a “license for the private sector to print money,” as he questioned the amount of liquidity that has been pumped into the market since the beginning of 2020.

Heath drew a comparison with the United States’ M1 — total liquid money in circulation — noting that since January 2020, the M1 has “increased by four and a half times.” According the Federal Reserve, the M1 went from $4,018 billion in January 2020, to around $18,935 billion as of April 2021. Heath emphasized that:

“That’s an extraordinary increase and it’s such a short period of time. But if you look at cryptocurrency using the total market cap of cryptocurrency, it’s over tenfold.”

Heath appears to hold concerns over systemic risk from mass investment into an asset class that he feels holds “no intrinsic value,” with the end result being a sell-off similar to the tech crisis of the early 2000s:

“When you have that amount of capital wiped out of digital wallets across the globe, you better believe there’s going to be some significant financial repercussions that are felt,” he said.

The precious metals proponent appears unfazed by predictions of Bitcoin surpassing gold as a store of value. He also questioned the notion that Bitcoin’s max supply of 21 million gives it scarcity or value, and pointed to other cryptocurrencies of lesser value that are backed by what he says is better technology:

“What about the other 10,000 cryptocurrency-related tokens and coins that exist today, many of which have better technology, better privacy, and use a ton of a lot less energy?”

“When there’s so much, what’s the value or what’s really that intrinsic value?” he added.