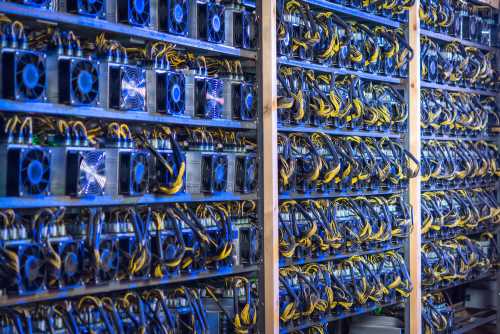 The arguments surrounding crypto mining have been permeating the space for years. While there are some analysts and industry heads out there who claim the space is not as damaging to Earth’s atmosphere as one would think, there are many environmentalists who claim otherwise, no matter what’s thrown at them.

It also doesn’t help too much that they seem to have the backing and support of large-scale individuals such as Elon Musk of SpaceX and Tesla fame. Last year, the South African billionaire and entrepreneur announced that he would allow all crypto fans to potentially buy electric Tesla vehicles with bitcoin. Many traders were ecstatic about the news. The price of the asset shot up to a new all-time high, and people believed Musk was doing all he could to put crypto on the map.

Unfortunately, things didn’t turn out all that well in the end as just a few weeks later, Musk rescinded the decision, saying he was too nervous about what the crypto mining process could do to the planet. He said he would not allow bitcoin purchases unless miners could be more transparent about their energy sources.

In addition, Kevin O’Leary of “Shark Tank” fame said that he would not be buying any more bitcoin mined in China given that the country was not known to utilize environmentally friendly extraction methods in its crypto operations.

Clearly, the arguments for renewable energy in crypto mining are gathering steam given the number of high-profile mining firms that are now eager to make the switch. HIVE Blockchain Technologies, for example, recently released a report detailing the alterations it’s made. In using renewable energy, the company was able to mine more units of both BTC and ETH.

We are very pleased to report HIVE has continued its extremely strong momentum in expanding our hashing power. Notably, our Ethereum mining hash power grew by 33 percent this month. In March we produced an average of 9.0 BTC per day, and we are pleased to note that as of today, we are producing approximately 9.0 BTC a day even after the recent difficulty increase of four percent. Our bitcoin hashing power increased in March and at the calendar month-end, our hash rate was 2.0 Exahash, which translated into a 6 percent increase in BTC mining on a month over month basis while BTC prices corrected.

How Much, Did You Say?

Aydin Kilic – president and COO of the company – mentioned:

We continue to strive for operational excellence, ensuring that as we scale our hash rate as a company, we also optimize our uptime, to ensure ideal bitcoin and Ethereum output figures. We also would like to provide an update on the BTC and ETH equivalency, where one can equate the value of the coins produced daily.