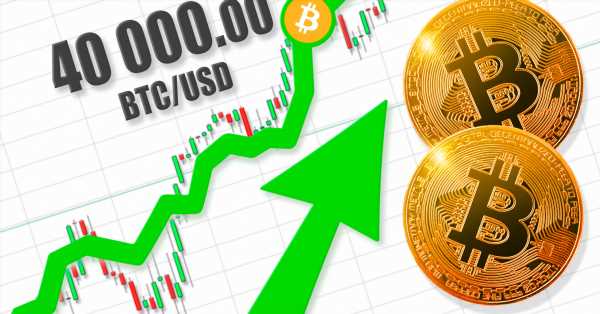 Bitcoin was largely unaffected by the S&P 500 yesterday, which dropped 2.44%. This shows significant resilience from Bitcoin.

On-chain analyst Willy Woo noted that “Price in relation to on-chain demand from both speculative and HODL category of investors are now both at peak oversold levels.” He said, “the last time this happened was in October 2020. The time before that was at the bottom of the COVID crash. It also happened in January 2015 (the bottom of the 2014 bear market capitulation). And the time before that was in Februay 2012 (at the start of the 2012-2013 bull run).”

This data suggests that the market could be due for at least some short-term relief.

In addition, the U.S. January employment data gets released today. If it is underwhelming it should help Bitcoin push up to test the $40k level, as it would signal to the Federal Reserve that there is less inflation to take action on.

Bitcoin is currently facing strong resistance currently though at around $38,000, as it tests the trend line from all-time-highs for a 5th time.

I think employment is likely to come in weaker than anticipated due to the effects of the Omicron Variant in January, hence potentially leading to market wide relief for this month. However, I think if this does occur, I expect it to just paint over the cracks as supply chain issues are persistent at the moment.