Home » Crypto » Craig Wright, Satoshi Nakamoto and why people ridicule the greats in their lifetimes

This is a republishing from George Siosi Samuels’ Medium post, “Craig Wright, Satoshi Nakamoto & Why People Ridicule The Greats In Their Lifetimes.” Read the full piece here.

A look into the Kleiman v Wright trial and what this may mean for the legacy of Bitcoin’s creator, Satoshi Nakamoto.

There’s a major trial happening in courts right now that most people aren’t even aware of—but may have huge ramifications.

It’s between Dr. Craig S. Wright and the estate of David Kleiman (a friend of Craig’s who died tragically many years ago). His estranged brother, Ira Kleiman, is now trying to claim half of what he thinks the Kleiman ‘estate’ deserves.

The interesting thing about this trial is that it involves one of the largest potential settlements in U.S. court history—to the tune of $68 billion+ (maybe more).

It is assumed that Craig is one-half of the “team” behind Satoshi Nakamoto, the creator of the real Bitcoin. And that David was the other. His combined fortune comes from BTC, BCH, and potentially BSV holdings.

The reason this all matters is because by Craig sharing evidence with the courts about his involvement in the creation of Bitcoin—even if that includes some contributions from David Kleiman—it’s enough to set a legal precedent on various other aspects of the entire Bitcoin ecosystem.

Coinbase itself revealed that the biggest threat to its business model is the reveal of who’s behind Satoshi Nakamoto—even if that information was hidden in plain sight the whole time. It’s just whether or not people choose to believe it.

Craig has been mocked and ridiculed ever since coming out onto the public stage around 2015. Some could argue this was his own doing, but once you learn more of the details, you’ll discover why it all ended up the way it did.

But you know who else has been laughed at or ridiculed by “experts” or “authorities” during their lifetimes? Jesus, Joan of Arc, Galileo, Charles Darwin, Nikola Tesla, Alan Turing, and more.

It wasn’t until much later did these people get the recognition they deserved.

Right now, everyone supporting Bitcoin (BTC) has no idea that most of the companies that have commandeered the brand are owned mostly by Mastercard (look up “Digital Currency Group”). 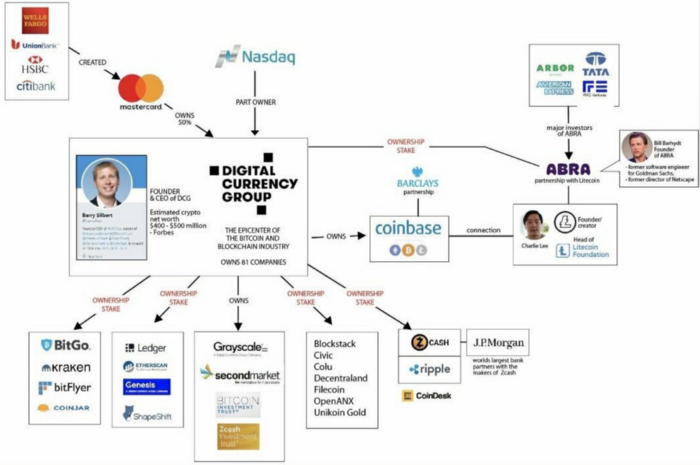 This is why the push for “digital gold”, while users experience high transaction fees and congestion. BTC’s “lack of innovation” is what spurred all other digital currencies and blockchains to emerge. BTC is no longer an everyman’s game. It’s a rich man’s one.

By taking the Bitcoin brand but crippling the actual system, BTC has placed self-imposed limits to implement other systems to take profits without you knowing. Much like putting in a toll or redirecting water through a dam. It’s all out in the open. It’s just that no one understands any of it, which makes it easier to continue on with it.

Bitcoin was meant to be more than just digital gold. Micropayments is the real killer feature, but this can’t run if it costs you $20-$200 to send $5 (a scaling problem even Ethereum is currently experiencing).

Under the current “leaders” of the BTC space, you will never see a system of micropayments manifest on-chain in the way it was designed. There will be a push for “Layer 2” solutions, etc. But this is why Craig is going through the courts to (hopefully) steer his legacy back on the right path. Because if he is the creator, he has every right to.

A rather interesting video to watch is from the film adaptation of the novel Fountainhead by Ayn Rand. It might give you some insight into what Craig is experiencing in real life:

I strongly believe that Craig is someone to watch, even if his personality ruffles a few feathers. He’s not great with people (thanks to his Aspergers and Metal Dog Chinese zodiac), which is why the Satoshi monicker and mythology became bigger than he ever could alone. Still, his creation is (and will) benefit many for generations to come. His life story is stranger than fiction but, then again, sometimes the truth is like that.

Check out all of the CoinGeek special reports on the Kleiman v Wright YouTube playlist.

This article was lightly edited for clarity purposes.