What price will BSV—the original Bitcoin—reach in 2022? Will we see 10,000 USD per BSV or even more? Nobody cares. Let us see what 2022 really is about to bring to Bitcoin: accountability, liability, responsibility.

Craig Wright is Satoshi Nakamoto, but that means more than just uncovering a pseudonym

With Dr. Craig Wright having won the Kleiman v Wright case, the whole world will get to know the truth about Bitcoin SV and how it is different to BTC (the coin that has falsely been passed off as Bitcoin for years). However, most public BTC proponents already knew that Craig Wright is Satoshi Nakamoto and that BSV is Bitcoin—they just didn’t say so publicly to protect their investments.

Satoshi is back and is stewarding Bitcoin again. This is not about pumping the price of Bitcoin SV to a reasonable level (which might happen in and by itself from now on), but bringing order into chaos. The BTC crowd falsely believes that Bitcoin is meant to be an anarchy-driven system that knows no responsibility or liability.

Since BTC has been sold as something that it is not, and nobody seemed to care about that kind of consumer fraud and market manipulation, one may think Bitcoin is a way to avoid penalties. This is not the case, though. For the true rule of law consequences, one always needs a legal entity to address. BTC itself is not a legal entity, but people who run and steward BTC are.

And this is where the fun began. Think back to a few months ago. Remember the Letter Before Action sent by ONTIER LLP for Tulip Trading Ltd.?

Who was it sent to? It was sent to the centralized protocol developers of BTC.

Are the centralized protocol developers responsible for BTC, though? Aren’t they just “coding stuff for the greater good”? Let us have a look at a publication in the Oxford University Press from 2019: 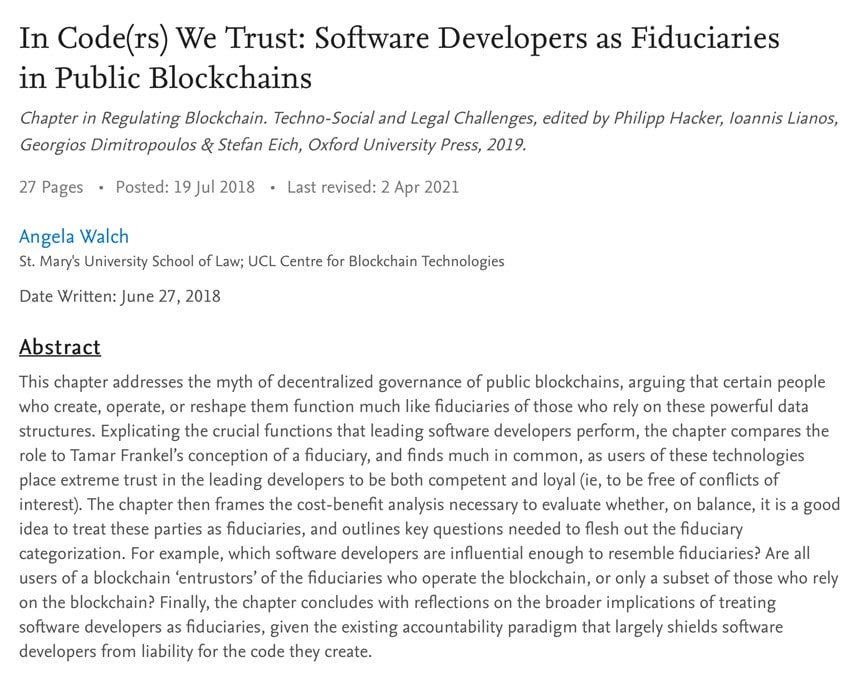 Recently, a leading BTC protocol maintainer suddenly stepped down. Can you see where this is going? Anarchy is fun until the order comes to chaos.

With the identity of Satoshi finally being resolved in the Kleiman v Wright case, stolen and lost Bitcoins will be quite easily returned to the person who legally owned them before the loss occurred. In this regard, ONTIER LLP is pioneering: 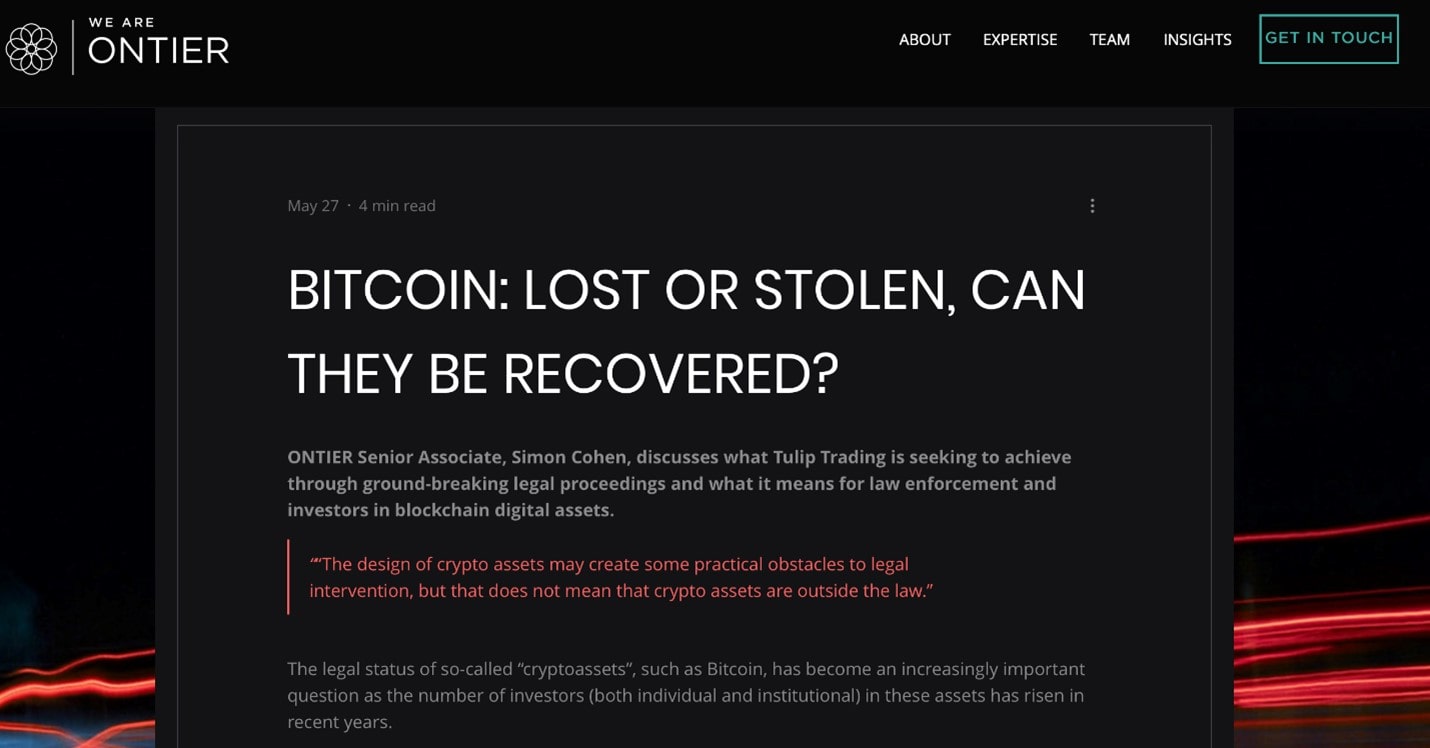 Who will be responsible for returning stolen and lost Bitcoin to the rightful owner? First of all, the rightful owner has to act legally. Then developers, miners, and exchanges will be involved in recovering the stolen or lost digital assets.

Accountability, liability, responsibility, the whole digital assets market will drastically change soon. Details concerning the source of funds of customers will be asked more and more by digital currency exchanges. Developers and miners will be busy reading and analyzing court orders and legal notices that they will receive. They need to work out a way to return stolen or lost goods, and by doing so, they might find themselves being connected to each other as legal entities such as partnerships under civil law and/or fiduciaries.

All of this will happen in 2022 and onwards. The price of Bitcoin is the least exciting thing to pay attention to from now on. We will quickly witness that the rule of law is still alive—it might be slow, it might be painfully slow, but when it hits, it hits hard.

Watch: MetaNet ICU interview with Dr. Craig Wright, Bitcoin is bound under contract by the way – Interview part 1 of 3