Home » Crypto » Could You Earn More in the Axie Infinity ($AXS) Metaverse Than a Goldman Sachs Salary? 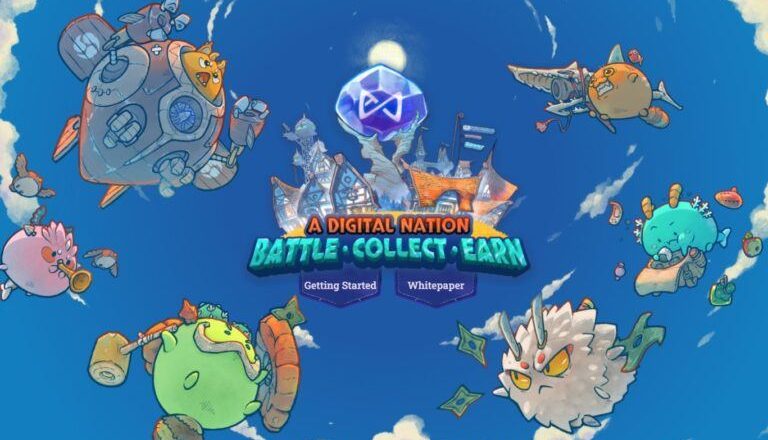 Could You Earn More in the Axie Infinity ($AXS) Metaverse Than a Goldman Sachs Salary?

Here is how the Axie Infinity white paper introduces this game:

“Axie Infinity is a Pokémon-inspired universe where anyone can earn tokens through skilled gameplay and contributions to the ecosystem. Players can battle, collect, raise, and build a land-based kingdom for their pets.All art assets and Axie genetic data can be easily accessed by 3rd parties, allowing community developers to build their own tools and experiences in the Axie Infinity universe…

“The key difference between Axie and a traditional game is that Blockchain economic design is used to reward our players for their contributions to the ecosystem. This new model of gaming has been dubbed ‘play to earn’. Axie has attracted thousands of players from developing countries in the pursuit of a new income stream during the Covid pandemic…

The white paper also mentions that Axie players can earn in the following ways:

According to a report by Cointelegraph, Axie Infinity is allowing developing nation workers to make money in the trading of collectible characters.

Using data compiled from ActivePlayer.io, the vast majority of countries using the network outside of the U.S. are developing nations, with an estimated 40% of players alone based out of the Philippines.

According to a report by Insider, during an interview last month with Bloomberg News, the former Goldman Sachs research associate, who holds a Master’s Degree and a PhD in Chemistry from Columbia Universityin New York, said that his name in the Axie Infinity metaverse is “Das Kapitalist”.

He also told Insider that if he converted the “magic internet money” he earns from playing the game to U.S. dollars, his annual income would be higher than the salary he got while working earlier this year at Goldman Sachs. (According to Indeed.com, the average annual salary in the U.S. for a Goldman Sachs associate is $82,904 per year.)

Peurifoy also explained to Insider why he left Goldman Sachs:

“I left GS because of my conviction that 2020 would be a landmark year for institutional crypto, and we’d see a real structural shift in sentiment towards widespread adoption given better connectivity, use cases, and compliance tools.“