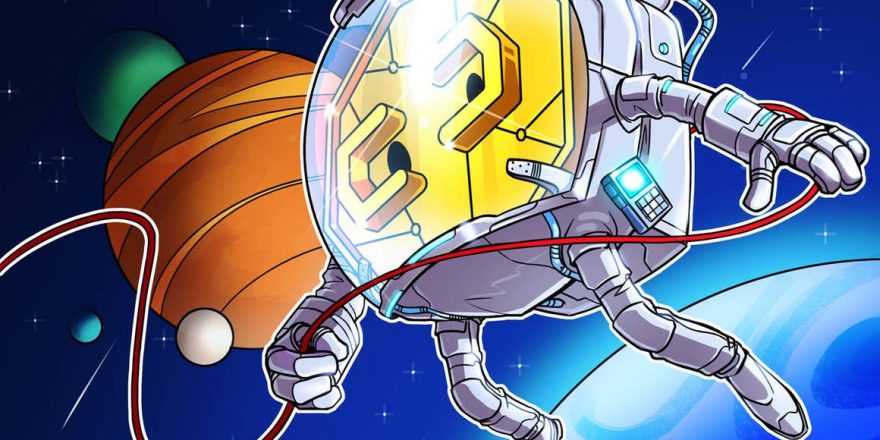 Copernic Space and Lunar Outpost are set to launch a public sale for tokenized payload space in a lunar lander headed for the moon in Q4 2022.

According to an announcement issued on Wednesday, the blockchain space outfit Copernic Space and space robotics company Lunar Outpost will sell the payload space aboard the craft in the form of nonfungible tokens or NFTs.

Speaking to Cointelegraph, Copernic Space co-founder and CEO Grant Blaisdell said that the sale will cover 3.5kg of available payload space with an initial sale price of $4.25 million per kg.

According to Blaisdell, the right to use the payload space will require at least a 100g purchase. However, the Copernic Space CEO revealed that smaller purchases were possible, stating:

“They can purchase much smaller and divided amounts whether it be 10g or 1/10th of a gram. I mean the unique rarity of owning a portion of a permanently limited asset that sits on the moon is literally out there but the internal rarity comes out of the specific application of the space itself, if your payload space has an actual payload, any related NFT will have an additional layer of uniqueness compared to those that don’t.”

Blaisdell also commented on the possibility of fractionalizing the payload space NFT into smaller pieces as a way of making the asset even more affordable for prospective buyers. Indeed, Blaisdell told Cointelegraph that the fractional NFT model will be applied to other space assets, including rovers and satellites.

Related: Nifty News: NFTs in space, defunct CryptoPunks, Ernst & Young gets in on the act

According to the announcement, Copernic Space and Lunar Outpost plan to release other NFTs that will offer more access to the rover after landing on the moon.

As previously reported by Cointelegraph, fractionalized NFT projects have been gathering steam over the past few months, seemingly lowering the barrier for owning popular nonfungible token assets.

However, some regulators say fractional NFTs may constitute investment contracts, which makes them securities.