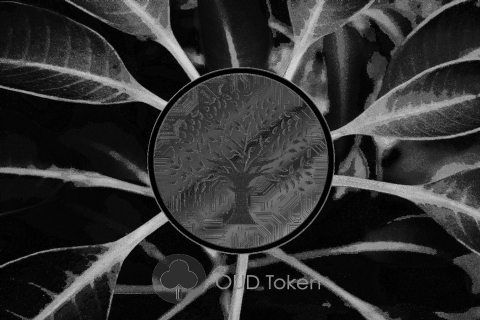 Global warming is an increasingly alarming issue. Thousands of trees are cut down every day which adds carbon dioxide to the air and removes the ability to absorb existing carbon dioxide. A large portion of the deforestation happens without permission and traceability and the damage it makes to the climate is hard to reverse.

Many of the plant species, like Aquilaria for instance, are already on the critically endangered species of the International Union for Conservation of Nature (IUCN) red list.

Aquilaria, prized for its precious oils, is also good for cleaning the Earth’s atmosphere by filtering out CO2. The average Aquilaria tree has a lifespan of over 100 years, grows to 2.5 – 3.5 feet in diameter, 100 feet in height, and has the potential to continue to produce resin throughout its lifetime, so its positive environmental impact is significant. But only 2% of the entire Aquilaria is eligible for use in the perfume industry, which made oud from Aquilaria to be called “liquid gold”.

OUD is trying to mitigate the consequences of illicit Aquilaria trading via its OUD token. The token would serve as a proof-of-origin and would trace all the steps in a tree lifespan – planting, growing, cutting down, and oud processing. Furthermore, the company is diversifying its investment policy by heading towards the COMEX contract market for OUD), which would ultimately lead to shrinking down the usage of fossil fuels.

Blockchain technology would streamline the data transaction and protect data from being tampered. RFID chips and scanners would transfer data from each tree, enabling information traceability for future planning.

The token itself is working on both Binance Smart Chain’s BEP-20 and Ethereum ERC-20 token standards, which ensures greater interoperability and ease of use and storage. The team at OUD plans to build a custom blockchain solution, which will communicate between the two otherwise distinct projects – the blockchain itself and the bio-asset platform. Also, the company would create a Stablecoin project that will be pegged to the highly valuable Aquilaria species.

OUD is the perfect choice for large-scale companies and financial institutions, which seek to reach their Environmental, Social and Governance (ESG) goals. Holding OUD means that users are holding a piece of the world, representing the eco-environment. OUD is also in line with G20’s Paris Agreement, aiming to reach carbon neutrality by 2050. According to the G20, carbon neutrality is among the organization’s top priorities.

OUD is now conducting a pre-sale on its token, inviting early investors. A total of 120 million tokens would be pushed into pre-sale, which will take place between 29th Jul and 4th Aug 2021, with a price tag of one OUD of $0.06. After the initial phase is over, OUD will undergo a public ICO sale (6th-8th Aug 2021), with a total of 580 million tokens up for grabs, priced at $0.07 per token. OUD also introduced a lockup period – The pre-ICO & ICO tokens with 25% released upon listing. After 2 months from the listing, each month another 25% would be released until 100% of the funds are made available for trading. Whitelisting is currently open to everyone and you can register your interest on OUD Token website.

Sixty percent of the total ICO funding would be allocated to project development, while the remaining 40% would go into a reserve fund. With the project development funding, OUD would build and deploy the Bio-Asset Smart Contract Platform native blockchain environment, inclusive of RFID tagging for asset tracking and tracing purposes. Also, OUD would introduce a payment infrastructure and mobile wallet client.

Since OUD is a blockchain-based platform, its users can participate in exclusive voting events, which brings decision-making to the hands of all investors, which helps the company with deciding the direction of each project.

Developing a custom blockchain solution for tracing, tracking, and monitoring activities isn’t a new thing, as tech giants like IBM already deployed such blockchains. However, managing bio-assets, especially endangered, is new to the market. OUD not only tracks Aquilaria movement in the supply chain, but it also helps reduce Aquilaria poaching, ensures the proof-of-origin from the essential oils, and helps in combating the ever-increasing danger of global warming.