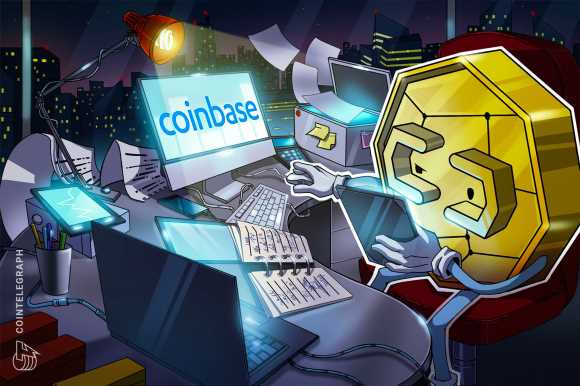 The largest US-based crypto exchange Coinbase has stopped payment services through United Payments Interface (UPI) on its platform for Indian users just three days after its launch in the South Asian subcontinent.

The UPI is the payment portal governed by the National Payment Corporation of India (NPCI), which facilitates buy orders on Coinbase’s India services. The exchange has already updated its payment method information on its website for Indian users, which urges users to try Immediate Payment Service (IMP) to place sell orders.

The NPCI is a special division of the Reserve Bank of India (RBI), under the Ministry of Finance.

Financial news outlet Business Standard reported on April 11 that Coinbase stated that it would work to remedy the situation in India with the appropriate regulators and that it was “committed to working with NPCI and other relevant authorities to ensure that we are aligned with local expectations and industry norms.”

The NPCI said in an April 7 statement that it did not recognize the legal standing of any crypto exchanges using the RBI’s United Payments Interface (UPI) even after Coinbase announced the release of its services. The impetus for the suspension may have arisen from this comment:

“With reference to some media reports around the purchase of Cryptocurrencies using UPI, National Payments Corporation of India would like to clarify that we are not aware of any crypto exchange using UPI.”

Indian Coinbase users do not appear to be vexed by the sudden suspension of service. Co-founder of the Crypto India YouTube channel, Aditya Singh, tweeted to his 210,000 followers on April 11 “This is not new, Indian exchanges have also been facing payment service problems since 2018.”

At this point, Indian crypto traders are likely accustomed to instability in trading service accessibility. The Indian government has struggled to adopt a suitable regulatory framework for crypto as market participants have endured several moments since last year where it looked like crypto might be banned in the country.

Some Indian officials such as T. Rabi Sankar, deputy governor of the Reserve Bank of India, would support a full ban. However, no such ban has yet occurred as the country enacted a 30% tax on crypto trading on March 31 which is similar to its tax on gambling.

Related: The state of Web3: Community talks about opportunities around the world

Coinbase Ventures, the investment arm of Coinbase, announced last month that it planned to invest $1 million in the Indian crypto and Web3 industries. The fate of those plans does not yet appear to be affected by the exchange’s service suspension.