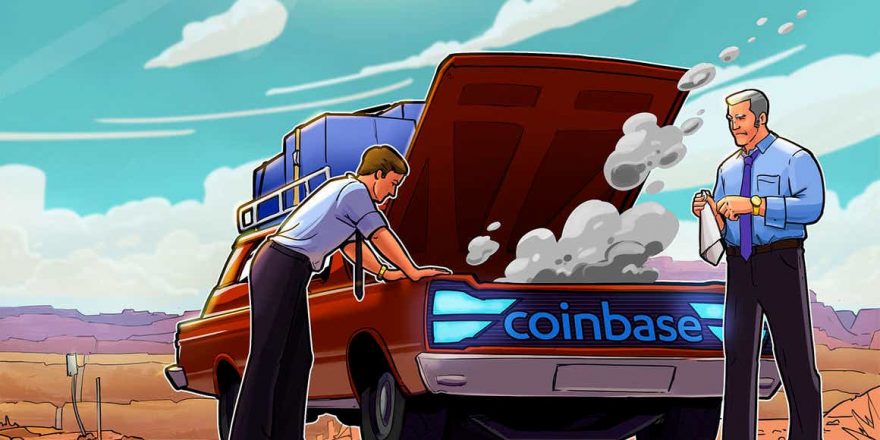 Coinbase (COIN) shares have taken a hit after the firm posted a 75% decrease in net income during the third quarter.

Coinbase posted revenue of $1.235 billion in Q3 falling well below analyst estimates according to FactSet of $1.614 billion. The firm’s profits totaled $406 million, marking a 74.7% decrease in profit compared to the previous quarter, although it was above analyst expectations of $380M. Coinbase also reported earnings of $1.62 per share, which came in 10% short of the FactSet consensus estimate.

Despite the underwhelming performance in Q3, Coinbase said in the report that it had been a “strong quarter” for the firm, pointing toward deeper investor engagement on the platform and the development of new products such as its upcoming NFT marketplace. The firm also emphasized that it is focused on the long term as opposed to quarter-to-quarter:

“Coinbase is not a quarter-to-quarter investment, but rather a long-term investment in the growth of the crypto economy and our ability to serve users through our products and services. We encourage our investors to take this point of view.”

It appears that the frosty relationship between Coinbase and the U.S. Securities and Exchange Commission (SEC) is beginning to thaw.

CEO Brian Armstrong first highlighted the firm’s issues with the SEC in September when he revealed that the enforcement body had threatened to sue Coinbase if it launched its USD Coin (USDC) lending program. Armstrong followed those comments up later that month by stating that the SEC was the only government branch that was unwilling to meet with the firm.

However Armstrong said on the Q3 earnings call today that he’d had a “very productive” meeting with SEC chairman Gary Gensley last week.

The firm posted a 41% growth in subscription services revenue of $145 million compared to Q2 via its such avenues as its ETH 2.0 staking program, custodial fee revenues and token rewards. The firm also noted that its 7.4 million Monthly Transacting Users (MTUs) are beginning to “engage beyond crypto’s first use case.”

Trading volume on the platform tallied at $327 billion in Q3, down 29% compared to Q2, with institutional investors representing the lions’ share of trading with $234 billion, while retail traders accounted for $93 billion.

Ether (ETH) outperformed Bitcoin (BTC) in terms of trading volume for the second quarter in a row, with the former totaling 22% while the latter equated to 19% of total volume. “Other crypto assets” accounted for 59% of trading volume, which was up 18% compared to Q2.