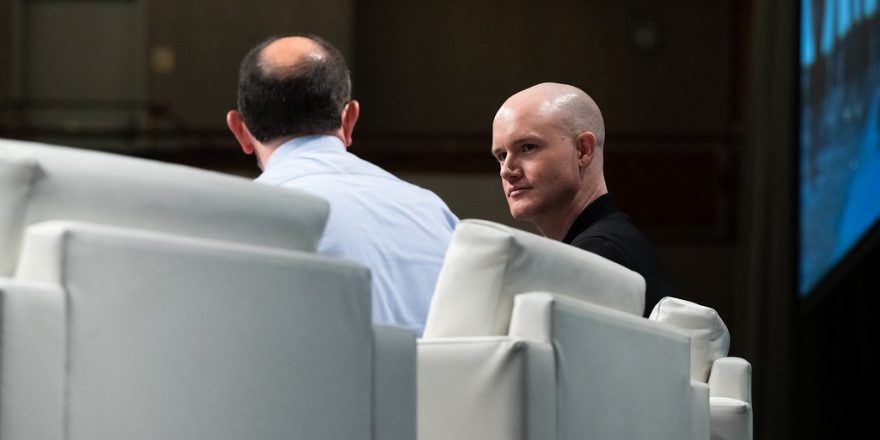 Coinbase Caves In To SEC

Coinbase has postponed the launch of a lending facility after the US Securities and Exchanges Commission (SEC) told them the exchange would be sued.

“How can lending be a security?” – Brian Armstrong, Coinbase’s CEO, publicly said. “So we ask the SEC to help us understand and share their view…

They refuse to tell us why they think it’s a security, and instead subpoena a bunch of records from us (we comply), demand testimony from our employees (we comply), and then tell us they will be suing us if we proceed to launch, with zero explanation as to why.”

The facility in question provides interest of some 4% for those that want to lend USDc, a dollar pegged token managed by Circle and Coinbase.

USDc itself is not a security as there is no expectation of profit in a joint enterprise with it having a stable value. The act of lending is obviously not a security.

SEC however has taken to wild interpretations that try to argue stablecoins are mutual funds. Something like lending, while itself not a security, they may argue it is one if it is lending a security.

SEC thus in this case seems to be saying USDc is a security and lending or giving APR on that security makes that act a security, though they have not publicly said so.

“They have now told us that if we launch Lend they intend to sue,” Paul Grewal, Coinbase’s Chief Legal Officer, says. “Yet again, we asked if the SEC would share their reasoning with us, and yet again they refused. They have only told us that they are assessing our Lend product through the prism of decades-old Supreme Court cases called Howey and Reves.”

Coinbase bought a securities broker-dealer in 2018, so they are able to list securities, but presumably that license doesn’t cover this specific sort of activity.

Their legal counsel however clearly seems to think the activity in question is not a security, but Coinbase nonetheless has taken the decision to not launch Lend “until at least October.”

If they are clearly of the view that this activity is not a security, then presumably they have a duty to their shareholders to move forward with its launch as otherwise the entity becomes uncompetitive.

Coinbase is currently worth more than $56 billion and makes a billion or more in profits a year. Unlike in other businesses, the nature of the industry has also trained them since early on to put aside some profits to cover the unexpected.

Nowadays that is no longer hacks (fingers crossed) but a regulator with an agenda led by a former Goldman Sachs banker. Any lawsuit therefore would be merely the cost of business with it very much possible that the judiciary will find this re-interpretation of their interpretation as more agenda driven than based in law.

Thus a caving in to SEC, especially by entities that can very easily afford the cost of business, would be nothing less than denying the judiciary its constitutional duty of interpreting the law.

This caving in moreover would be not just un-American, but a willing giving up of freedoms earned at the guillotine, the freedom here being the right to put SEC itself on trial if they want to sue by arguing against their unconstitutional behavior of making new law through the threat of court costs.

Costs someone like Coinbase can easily cover, and they have to do so if shareholders are not going to consider suing for failing to fulfill its duties to them by willingly making itself less competitive.

Moreover, it’s not clear why this product can’t launch in Europe through Coinbase’s European entity while the American one sits thinking of how to deal with the bankers’ bully.