CME’s Bitcoin futures market has more than doubled over the past month, with more traders seeking exposure to the flagship cryptocurrency as it surged to near all-time highs. Future trading can sometimes invoke heavy volatility, especially as expiry nears, as contract holders adjust their positions before that date.

Cryptocurrency exchanges Binance and Huobi have also emerged as major futures players. Based on open interest, they are the third and fourth largest BTC futures platforms, respectively.

Bybit, which also appeared on Arcane’s list, announced earlier this week that it will soon launch a quarterly Bitcoin futures contract.

The futures market is an important bellwether for Bitcoin adoption because it means traditional investors are getting into the mix. Whereas the 2017 bull market was driven largely by retail traders, the current uptrend has been fueled by deeper institutional pockets.

CME, in particular, is becoming vital to Bitcoin price discovery, according to investment manager Wilshire Phoenix.

CME’s significance is “not only demonstrated through trading volume and open interest,” Wilshire said, “but also by influence on spot price formation.

The Bitcoin price is currently consolidating in the $16,500 range following a heavy Thanksgiving day selloff. 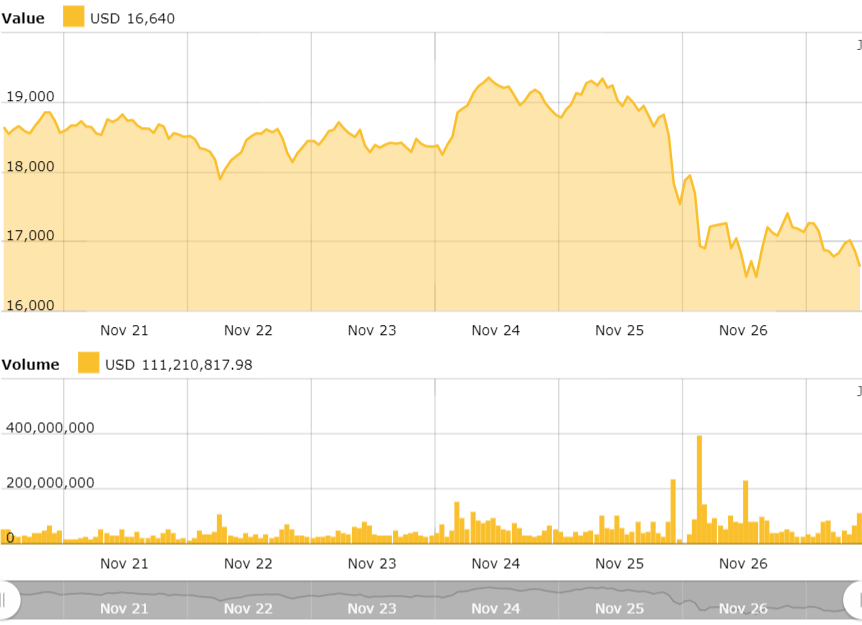