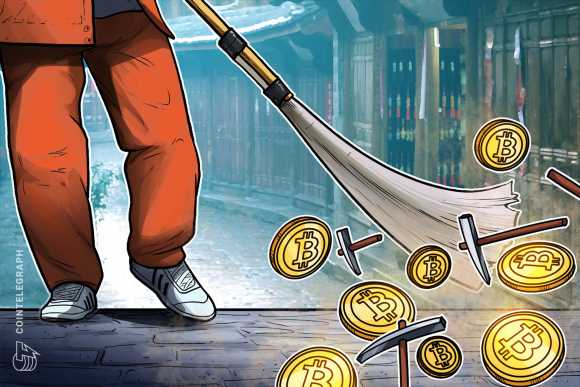 China has ramped up efforts to quash cryptocurrency mining in its Inner Mongolia region by introducing new penalties for those caught engaging in the illegal activity.

Officials unveiled new draft rules that would see harsher punishments applied to those caught mining Bitcoin (BTC) and other cryptocurrencies, per a report by the South China Morning Post. These would include placing offenders on a social credit blacklist, which would stop them from getting loans or even using the transportation system.

The new rules make particular mention of data centers, industrial parks, telecoms companies, internet firms and even cybercafes, noting that any such offenders found operating mining equipment would have their business license revoked, could be removed from the local electricity trading scheme, and could even have their businesses shut down entirely.

The draft rules are up for public review until June 1; however, the Inner Mongolia region has already been subject to tough crackdowns on cryptocurrency mining. Eliminating energy-intensive mining is part of China’s stated plans to become carbon neutral by 2060. A telephone hotline is already active in the Inner Mongolia region, where citizens are encouraged to notify authorities of any cryptocurrency mining taking place locally.

China’s determination to rid itself of Bitcoin miners has already had a knock-on effect. Three mining companies — BTC.TOP, Huobi and HashCow — announced they were closing down their operations in the Chinese mainland earlier this week.

While China chases down crypto miners as part of its stated carbon goals, other countries are engaged in the same activity but for different reasons. Iranian President Hassan Rouhani made a television address on Wednesday, in which he announced an immediate ban on all Bitcoin mining until September. Energy shortages in Iran have reportedly been driven by the over-consumption of power by Bitcoin miners and have already resulted in grid blackouts and the dimming of street lights.

Iranian authorities are now offering 200 million rials ($873) as a reward for anyone who comes forward with a successful tip regarding the location of illegal Bitcoin miners — a sum more than four times Iran’s median monthly salary.