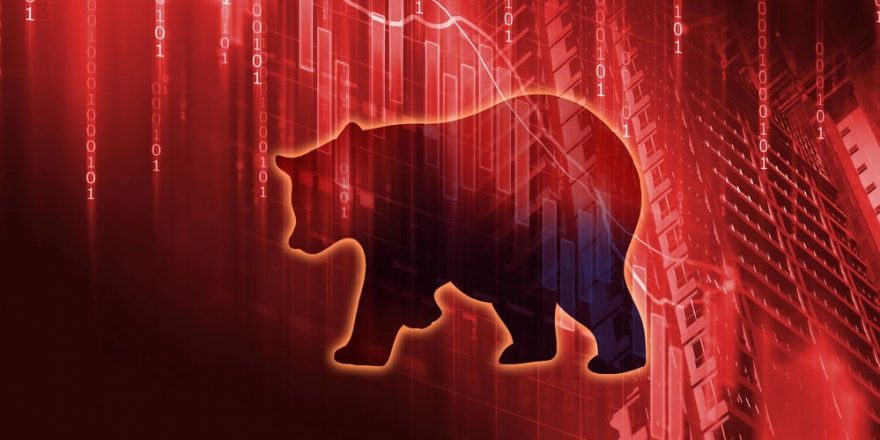 Ripple’s XRP Price is Down 20%

In the past few days, ripple’s XRP price made two attempts to gain strength above $0.3650 and $0.3700. The bulls failed to remain in control, resulting in a sharp decline below the $0.3200 support.

Today, bitcoin and ethereum saw a sharp decline as well, accelerating decline in XRP below the $0.3000 support level. The price declined over 20% and it broke the 23.6% Fib retracement level of the upward wave from the $0.1759 swing low to $0.3700 swing high.

There is also a key bearish trend line forming with resistance near $0.3320 on the 4-hours chart of the XRP/USD pair. The price is now testing the $0.2600 support zone and the 100 simple moving average (4-hours). 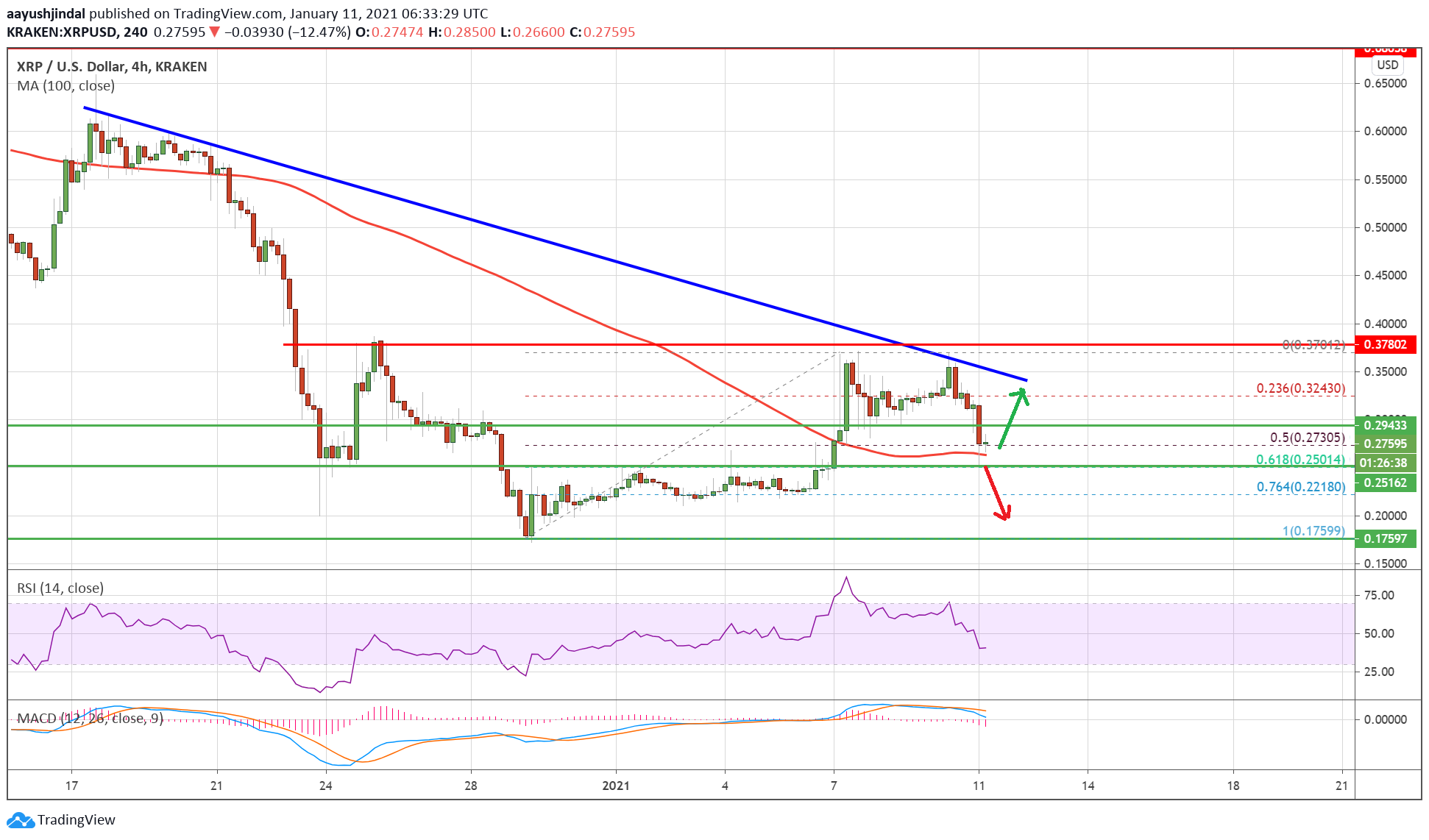 If ripple remains stable above the $0.2500 level, there are chances of a fresh increase. An initial resistance on the upside is near the $0.2920 level.

4-Hours MACD – The MACD for XRP/USD is gaining momentum in the bearish zone.

4-Hours RSI (Relative Strength Index) – The RSI for XRP/USD is now well below the 50 level.