Following a six week downtrend from its all-time high, LINK has rebounded 30% in the past 24 hours after a reported developer selloff resulted in downward pressure on the oracle protocol token’s price.

The strong rebound in the Bitcoin price, a sea of green among DeFi coins and a new Chainlink partnership announcement have all contributed to the price increase.

Chainlink’s native token had fallen over 60% from its peak of $20 mid-August, bottoming out at crucial support levels around $7.50 on Thursday, September 24. The six week downtrend appears to have been been accelerated by multiple sales of large chunks of LINK from what UK crypto publication Trustnodes reports is the dev address.

This ‘dev address’ has been selling batches of 500,000 tokens, worth approximately $4.8 million per batch at current prices, regularly over the past six months. The frequency of sell-offs increased after LINK hit its all-time high last month. The address shows several outflows to a Binance address but then the trail goes cold.

There are around 26 million tokens remaining in this address, worth an estimated $258 million at current prices. 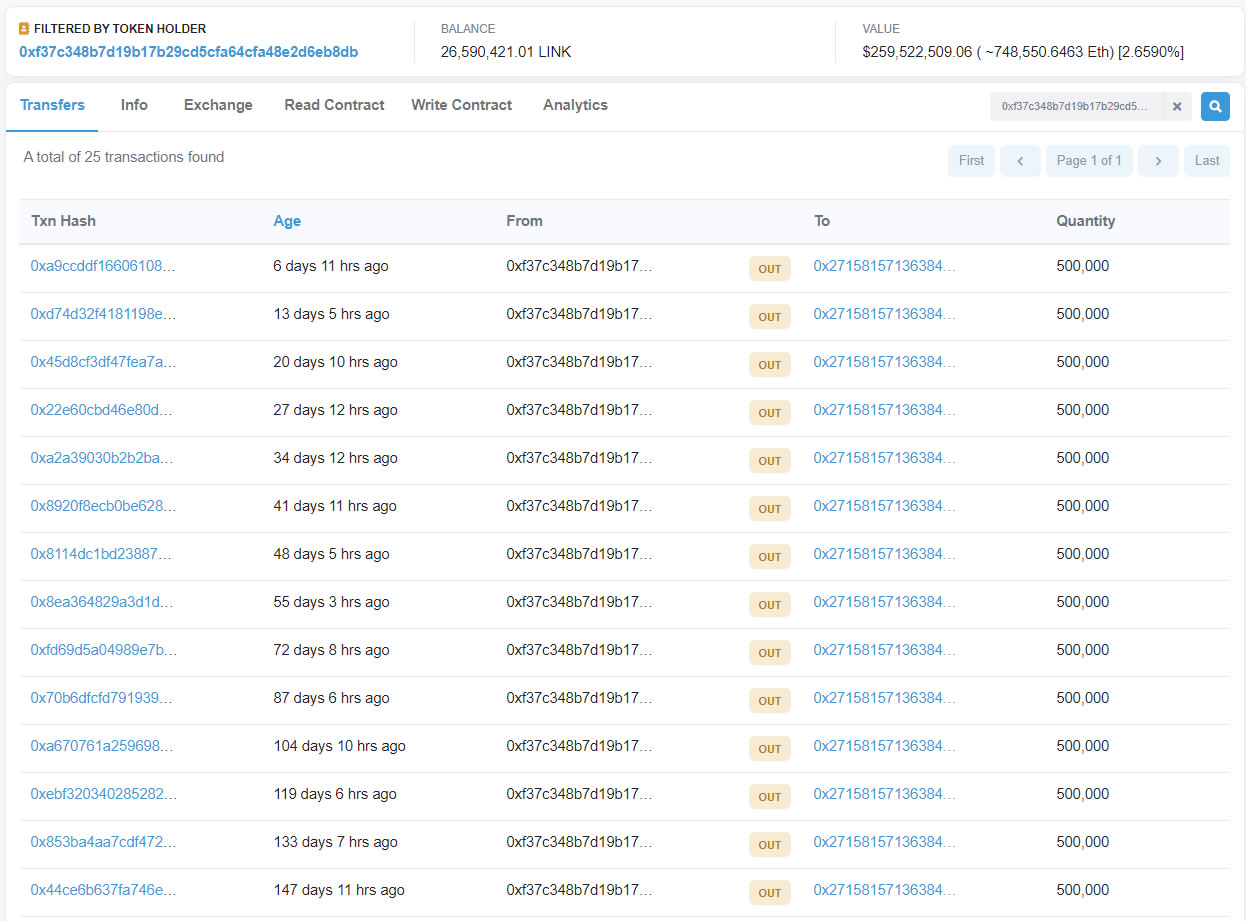 Since its peak, LINK market capitalization has declined from more than $7 billion to around $3 billion currently, however it remains one of the best performing crypto assets this year surging over 1000% from January 1st to its all-time high. At current prices, it is still up 450% since New Year’s day.

The selloff has dropped prices back to a crucial support level and the ‘Link Marines’ appear to have chosen this point to load up again. The $7 to $8 price zone was where LINK held in July before its epic run up to $20. A return to that level this week has catalyzed buying pressure as traders eyed a long overdue bounce yesterday.

That bullish momentum mounted resulting in a surge of 30% in less than 24 hours as LINK prices topped out at $10 a few hours ago. Since then, prices have retreated a little and are currently hovering around $9.80. 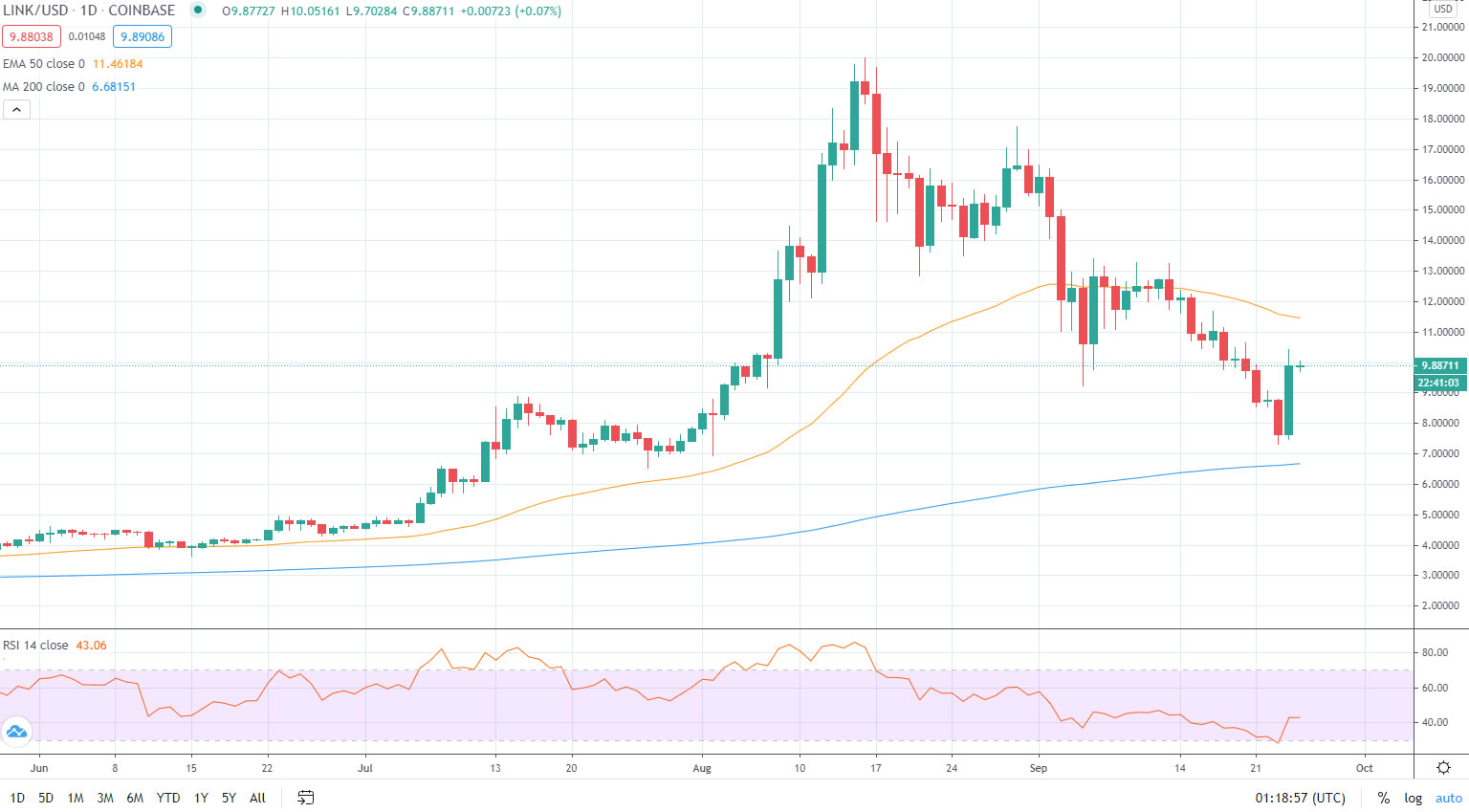 The price bump came hours after Chainlink announced a partnership with travel company Travala.com. LINK has been integrated as a payment method on the crypto friendly hotel booking platform and token holders can book accommodation in over 2.2 million hotels and homes in 230 countries.

Bitcoin’s momentum may have also had an effect. The king of crypto is well known for its capacity to move the rest of the market and it too bounced off support at $10,250 with a gain of 5% in push to $10,750 over the past 24 hours.