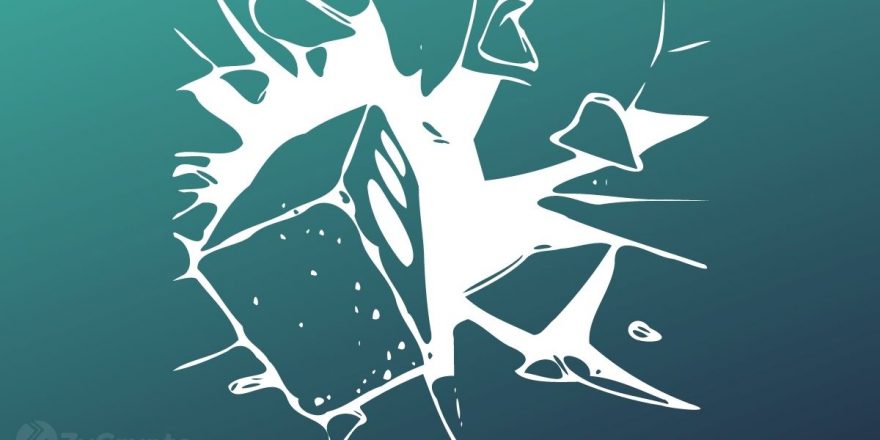 Founder of Cardano, Charles Hoskinson, is not relenting from promoting his brainchild and defending it from critics. Recently, Hoskinson has pointed out that the blockchain network has a lot of innovation happening on it, highlighting its proprietary Initial Stake Pool Offering (ISPO) infrastructure.

He describes it as a “unique way of building support for a project.” His comment is coming after MELD, a DeFi banking protocol building on Cardano, successfully raised over $1 billion worth of staked ADA through an ISPO.

The praises of Cardano’s ecosystem

An ISPO is a fundraising method used on Cardano. In simple terms, ADA holders stake their tokens in stake pools owned by the project team. Those ADA delegators will receive tokens given by the project. Then the stake pool operators will take the ADA rewards to fund the projects. The advantages of this system include the fact that by staking ADA to projects being built, the community ultimately decides which projects get built. The model also helps to encourage long-term investment and drives demand for ADA.

Asides from MELD, there are six other projects building on Cardano that have ongoing ISPO’s including MinSwap which was one of the first to test run its project following the deployment of smart contracts, and SundaeSwap, which it is speculated may soon come to market with its product. Currently, over 70% of all ADA in circulation are staked in pools to earn rewards, reducing the amount of ADA in the market.

ISPO’s are not the only aspect of Cardano that has received praise recently. Cardano has recently reached a milestone of having surpassed 20 million transactions with no outage. Jem Colley, a Reddit user, pointed out that Cardano achieved this without any “downtime,” proving that its approach of meticulous review before launching any new feature was well worth it.

Hoskinson’s response to critics on performance of ADA

Being the founder of Cardano, Hoskinson has not shied away from defending the project in general. In response to “Southrye,” a Twitter user that asserted that the Ethereum community was spreading FUD about Cardano because they represented the best alternative to Ethereum, Hoskinson stated that Ethereum proponents were “terrified” of Cardano because it is a “future proof design” that does not need to upgrade to another version to survive. 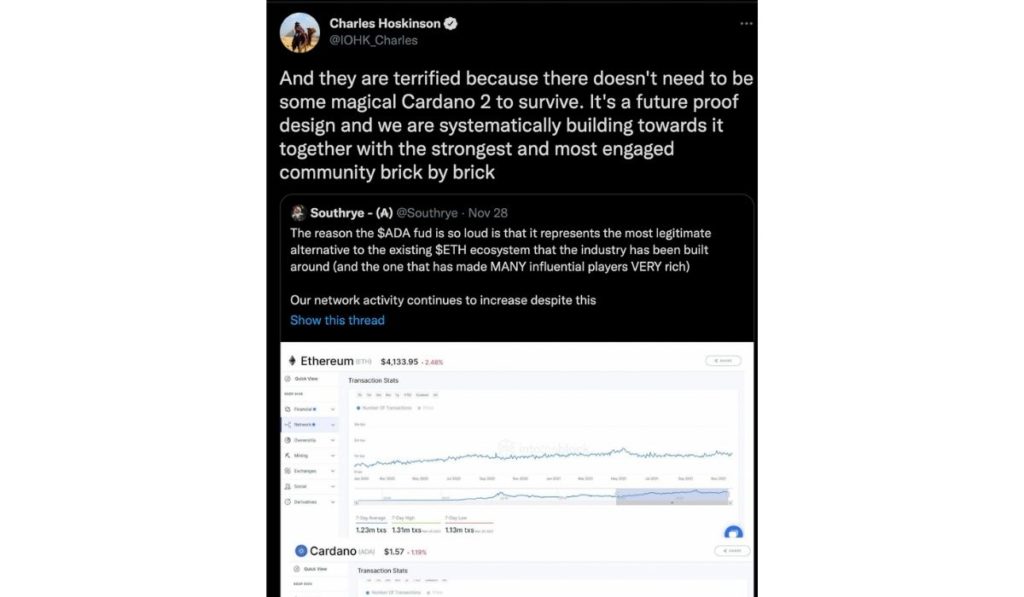 Meanwhile, market participants continue to expect that with the deployment of DeFi platforms on Cardano, the price slump of ADA may come to an end. ADA is currently trading at around $1.60, down 0.7% on the day. The price has ranged between a high of $2.37 and a low of $1.45 in the past month, not being able to test its previous all-time high of just over $3 set in September. Long-term projections are speculating that prices could reach anywhere from $5 to $10 by the first quarter of next year, however.