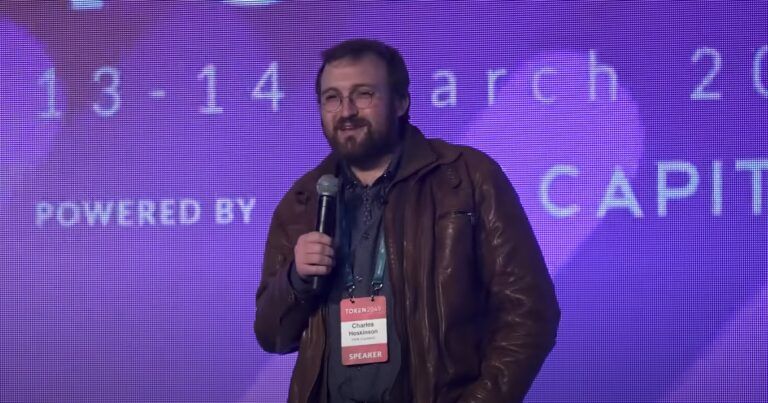 IOHK (aka “IOG”), the blockchain technology firm responsible for the development of the Cardano protocol, announced on Twitter roughly an hour after the Alonzo hard fork event, the next major milestone for Cardano is the mainnet upgrade on September 12.

Here is a brief description of Minswap from its development team:

“We aim to bring an innovative multi-model asset pool decentralized exchange to the Cardano blockchain. Minswap aims to be the best liquidity provider on the market by integrating the best asset pool models from across the DEX ecosystem into one protocol. The combination of stable pools, multi-asset pools, and concentrated liquidity will benefit both traders and liquidity providers. We are fair launch with no pre-sales. This ensures our community of users are maximally rewarded, not speculators and insiders.“

Shortly thereafter, many Minswap users who were trying to use it to perform token swaps started getting concurrency-related errors, which was quickly confirmed by the Minswap team:

Minswap’s difficulties with handling multiple users allowed many people who think that Cardano is a joke to gleefully claim that Cardano’s decision to use the Extended UTXO accounting model was to blame for this, that this meant all other Cardano-powered decentralixed finance (DeFi) DApps would face the same concurrency issues as Minswap, and that Cardano was therefore doomed to fail as a smart contracts platform.

Here is one example:

The developers of Maladex, which is another DEX for Cardano, came to Minswap’s rescue by tweeting:

“It’s a very challenging issue to solve and you got to realise that @MinswapDEX is building their own solution to it. They released their DEX to test DApp and share it with the community, it’s not finished product, it’s one of the steps. They’re truly exciting platform to wait for“

Rick McCracken, the host of YouTube channel “Digital Fortress”, who said that Minswap’s concurrency issues are “being blown way out of proportion by FUDsters.”

From the Ethereum community, one of the most vocal critics seemed to be Anthony Sassano, an advisor to Polygon, who wrote that Cardano cannot “peer review” its way out of “fundamental issues” such as concurrency:

One of the biggest attacks on Cardano and its main development company IOHK came from Matthew Kaye, COO and Managing Partner at Blockhead Capital, who wrote:

Yesterday, Charles Hoskinson, Co-Founder and CEO of IOHK, explained in a Periscope session that Cardano’s fundamentals were sound and that just because an inexperienced development team (i.e. Minswap) has not built the first version of their app in a sufficiently clever way does not mean that there is something wrong with Cardano despite all the FUD on Reddit, Twitter, and other social media platforms. He went on to say that in the coming weeks/months we would be seeing several design patterns, templates, frameworks, libraries, etc for dealing with concurrency and other complex issues that app developers can face when building sophisticated DApps and that we would see some of these demonstrated at the upcoming Cardano Summit 2021 (which is being held September 25-26).

Then, earlier today, SundaeSwap Labs, which is another development team that is building a Cardano-powered DEX, wrote an article that also dealt with some of the misconceptions surrounding Cardano’s accounting model and its support for concurrency.

“In short, the rumors of Cardano’s death have been greatly exaggerated. There are solutions to the problems seen today, benefits to the ways Cardano has been designed, and both a bright future, and an intense design discovery phase ahead…

“It is an unhealthy aspect of our industry that many people, often with prominent voices, are maximalists on one technology… it’s not very healthy to be in a position of arguing that one project in our community has all the answers and is superior in every way, be that project Bitcoin, Ethereum, Cardano, Solana, Mac, PC, Hammers, Screwdrivers, or any number of other choices we have over tools to use…

“You won’t find any Cardano maximalism on our team. We believe that, yes, Cardano has interesting solutions to hard problems, and has made trade-offs and prioritized things differently that create new opportunities in the crypto ecosystem. We certainly believe in it enough to build our product on top of it…

“So to the people claiming this is the death of Cardano: unlikely. To point to one rocky experiment in the earliest of early days of an ecosystem and hold it up as the fatal omen of Cardano’s downfall is premature naïveté at best, and intellectual dishonesty at worst. We’ve outlined several creative solutions above, and we’re sure there are many more that those building on Cardano have come up with.“

Finally, as crypto analyst and influencer “Crypto Eri”, the host of a very popular crypto-focused YouTube channel by the same name, reported earlier today, Oska-headquartered Sakura Exchange has announced that it will be listing $ADA on September 7: