Home » Crypto » Britcoin: a Booster for the UK’s Economy? 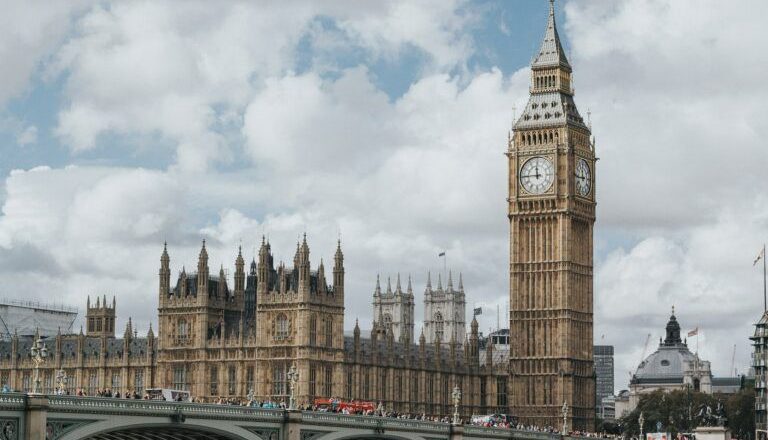 Central bank digital currencies (CBDCs) have become the center of focus for many governments, seeing as how their integration can fundamentally change existing payments ecosystems worldwide.

CBDCs are operated by respective federal banks and only five countries have deployed their versions of these digital currencies so far while a further fourteen are conducting pilot programs.

In April 2021, Rishi Sunak, the Chancellor of the Exchequer announced the launch of a task force between the UK’s central bank and the Treasury to explore the benefits, practicalities and risks of deploying a CBDC. While the CBDC was nicknamed ‘Britcoin’ by the public, the name is unlikely to stand if the UK does indeed launch a CBDC.

To successfully launch Britcoin, fresh government financial policies, regulations and supporting technologies would need to be developed – far from easy. Andrew Bailey, the Governor of the Bank of England is not a staunch supporter of Bitcoin because he believes the crypto token has no real value.

CBDCs on the other hand have several potential advantages that could revolutionize the payments system not only in the UK but around the world. That is why 81 countries are now considering the possibility of launching a CBDC. At the moment, the Bank of England does not issue digital currency, only banknotes.

The launch of a digital pound with a stable store of value will allow the public to transact using a digital form of the GBP. At the moment, when you pay with a card or a payment processing platform like Google Pay or Amazon Pay, you are essentially sending money from one bank account to another.

The potential benefits of a CBDC in the UK

The UK is not the first country to attempt research and development of a CBDC but it is not something easily accomplished, and many countries are treading carefully with this matter, especially those in Europe. The UK has an advantage here due to being more nimble with its legislation.

The launch of Britcoin could have several advantages for the public. The task force is currently exploring all possibilities. They have to determine all impacts of the introduction of a CBDC and its potential popularity, to avoid an El Salvador-like situation.

The first advantage that comes to mind is a reduction in cost for businesses, especially credit card transactions. Since a digital pound is written in code, you can attach conditions to a payment in the form of a smart contract. You could send your child some money with a condition that the money cannot be spent on chocolate.

Similarly, a transaction could be programmed to execute when a certain condition is met, for example, when a sale is made. Automation of payments, reduction in transaction fees, programmable payments, the rapidness of payment execution and a solution for the unbanked are some of the potential advantages of incorporating a CBDC in the UK.

While it is difficult for legislators to determine the potential popularity of a CBDC upon introduction, the many benefits that it could bring are likely to make it well-accepted.

Leveraging a CBDC would allow the UK to lower the risks of financial crimes, as well as improve transaction settlement speed and costs. It would also open many possibilities for boosting macroeconomic management in the country. That said, maintaining a respectable distance while monitoring the financial activities of the public seems like a sound idea.

The introduction of any new form of technology has its pros and cons, and the invasion of privacy is something no one wants. At the moment, China is poised as a potential global leader in CBDC technology and is far ahead in the global race to determine the future of money.

The US is far behind and as a global leader in traditional finance, the country could be left far behind in the digital economy race if China continues to take giant strides. It is clear that Asian countries will seek the counsel of China. The UK is likely to be a leader in Europe along with Sweden.

Several countries are currently ahead of the UK in their quest to implement CBDCs but it is likely that European countries will turn to the UK for advice and financial infrastructure. Given how the US and China are ranked first and second respectively in terms of GDP, the US is more likely to collaborate with the UK.

That said, I feel the UK will take it slow and monitor the impacts of CBDCs on a global scale before taking any steps towards implementing a CBDC. China is taking big steps towards the implementation of their CBDC technology on a large scale and the UK could follow suit if China is successful.

On a concluding note, it is clear to everyone by now that digital currencies are here to stay. London is one of the most prosperous financial hubs in the world, which is why the Bank of England and the UK Treasury are in a good position to make a move towards the adoption of Britcoin.

If done correctly, this move stands to further the country’s prosperity, potentially making the UK a global leader in CBDC only behind China. The importance of CBDC technology is for all to see but only those who take active steps towards its implementation will be seen as global leaders in financial infrastructure in the near future.

The UK has the tools to make it work – all that is needed now is thorough application and public support.