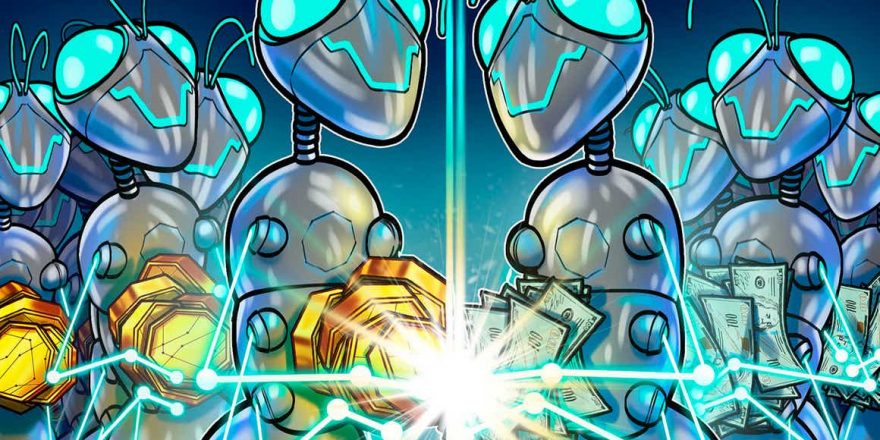 Capital venture firm Borderless Capital has launched a fund worth $500 million to support projects building on the Algorand blockchain.

According to a Nov. 30 announcement from the Miami-based company, the Borderless ALGO Fund II will aim to back digital assets powering the “next generation” of decentralized applications (DApps) on Algorand.

The firm highlighted nonfungible token (NFT) and decentralized finance (DeFi) projects in particular, noting that it is looking at opportunities to “disrupt the creators economy” with NFTs while accelerating the growth of funding into Algorand’s DeFi ecosystem.

The move from Borderless comes in the same week that former Citi executive Matt Zhang introduced Hivemind Capital Partners on Nov.29, a $1.5 billion multi-strategy fund focused on promising crypto plays such as infrastructure projects, virtual worlds and programmable money. As part of the announcement, it was also revealed that Hivemind’s first technology partner is Algorand.

Algorand is an open-source decentralized blockchain that was launched in mid-2019 by computer scientist Silvio Micali. The blockchain was designed for speed, security and stability and has been touted as an Ethereum competitor amid ALGO’s surging growth in 2021.

“Algorand is the most efficient next-generation blockchain software in the market right now, and it is the next frontier for investment opportunities and disruption,” said Arul Murugan, the founding managing partner at Borderless Capital.

According to data from DeFi Llama, Algorand is currently ranked as the thirty-sixth largest blockchain in terms of total value locked (TVL) in DeFi at $97.4 million. The top project on the network is Yieldly (YLDY) which offers a suite of DeFi apps and has a total TVL of $68.4 million.

Coingecko shows that the price of ALGO is up 470% over the past 12 months to sit at $1.86 at the time of writing. ALGO’s all-time high was more than two years ago, briefly topping $3.50 in June 2019 before sharply crashing below the $1 mark.