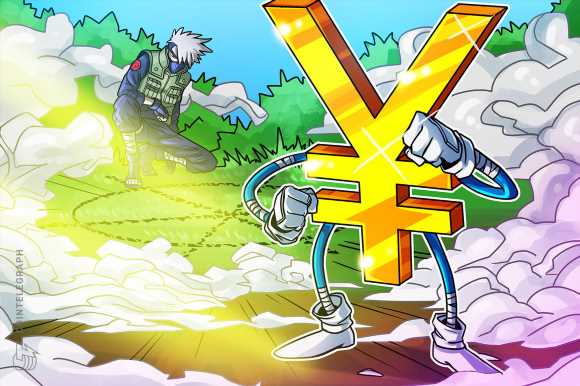 The Bank of Japan (BoJ) has said that its Central Bank Digital Currency (CBDC), the digital yen, will not be used to help attain negative interest rates.

The BoJ’s Executive Director, Shinichi Uchida made the announcement in his most recent public speech.

“While the idea of using such a functionality as a means to achieve a negative interest rate is sometimes discussed in academia, the Bank willnot introduce CBDC on this ground.”

Echoing this sentiment was former head of the BoJ’s financial settlement department Hiromi Yamaoka, who warned earlier this year that CBDCs could potentially destroy the Japanese economy. While Yamaoka agreed with the idea of digitizing payment methods, he did not support the idea of using a CBDC for it.

Senior Wall Street Journal columnist James Mackintosh has similarly argued that the difference between a CBDC and cash would be highlighted if interest rates fell below zero. People would be more inclined to hold on to physical cash to “earn zero” rather than lose money on a digital dollar issued by the central bank.

In his speech, Uchida stated that if the creation of digital yen does move forward, then Japanese citizens can expect the CBDC to be released with a series of unique features.

The bank is considering imposing a limit on the transaction amount of each individual or entity for the duration of the pilot, and is also contemplating whether or not to make the digital yen an interest-bearing asset.

The BoJ first shared its three-phase trial outline for its central bank digital currency (CBDC) in October 2020. The first two phases of the trial are focused on testing the proofs-of-concept while the third phase would see a pilot currency be launched.

The first phase began in April 2021 and finished on March 22 this year. The BoJ began its second phase of trials on March 24, stating that it would begin testing the more technical aspects around the issuance of the digital yen.

However, the governor of the BoJ, Haruhiko Kuroda, announced at Japan’s FIN/SUM fintech summit earlier this month that it has no plans to introduce a CBDC anytime soon.

Related: Former BOJ official warns against use of digital yen in the financial sector

Kuroda explained that the BoJ plans to carefully consider the expected roles of central bank money in the lives of Japanese citizens before making any major decision or announcements.

“We consider it important to prepare thoroughly to respond to changes incircumstances in an appropriate manner, from the viewpoint of ensuring the stability and efficiency of the overall payment and settlement systems.”

The popularity of CBDCs continues to grow as governments around the world look to the potential benefits of the digital assets. On Tuesday April 12, Brazil’s central bank confirmed that a CBDC pilot program would be launching by the second half of this year, while the Reserve Bank of South Africa finalized its technical proof-of-concept concerning its CBDC.