BitMEX CTO Samuel Reed, who was charged and arrested by the U.S. Department of Justice on October 1, has been released on a $5 million appearance bond. 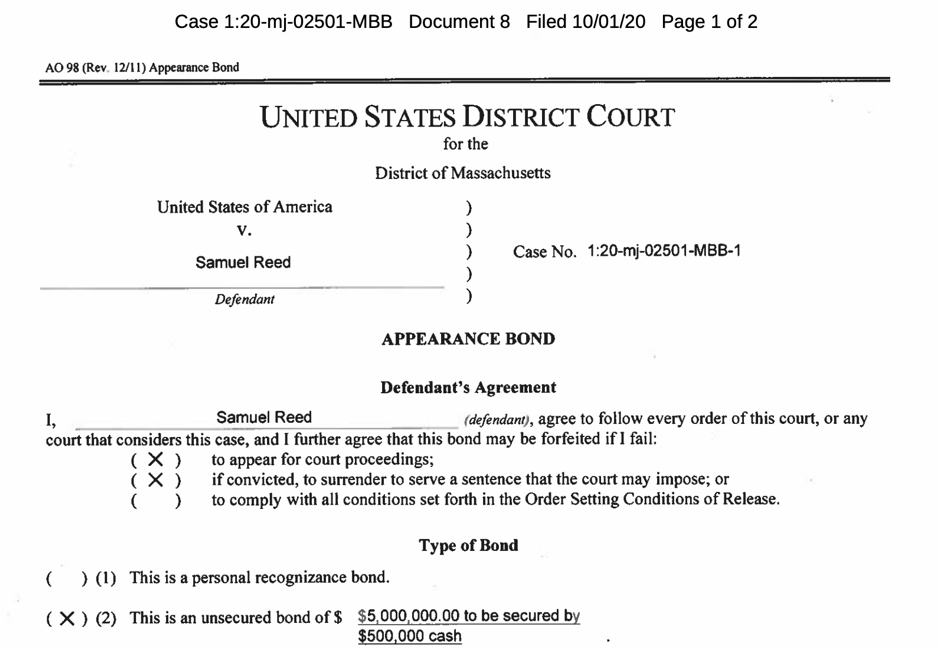 Reed, was arrested on charges of violating the Banking Secrecy Act (BSA) and “willfully failing to establish, implement, and maintain an adequate anti-money laundering (‘AML’)” at BitMEX.

Samuel Reed, along with Arthur Hayes, CEO of BitMEX, and two other BitMEX founders have officially stepped back from their positions in light of the charges levied by the U.S Department of Justice and the CFTC.

The allegations against the founders are offenses punishable with a maximum sentence of five years in prison for each charge.

While Reed was arrested promptly, the other three executives in question presently remain at large. It has been reported that Reed’s bond was approved on October 3, on conditions that he would be present for court proceedings and if convicted, and would surrender to serve a sentence as per the ruling.