Home » Crypto » Bitcoin Still Going Down, But the Rest Might Be Eyeing Up Says This Week’s Crypto Technical Analysis

Bitcoin Still Going Down, But the Rest Might Be Eyeing Up Says This Week’s Crypto Technical Analysis

The weekly Technical Analysis, published every Wednesday, is provided by Dmitriy Gurkovskiy, Chief Analyst at RoboForex.

Needless to say, all statements and views expressed below and any forecasts contained herein are based on the authors’ particular opinion.

This analysis may not be treated as trading advice. RoboForex and Trustnodes bears no responsibility for trading results based on trading recommendations and reviews contained herein. 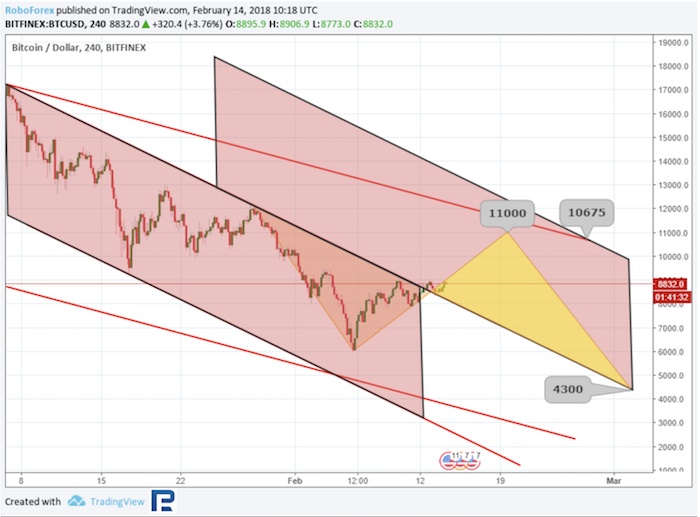 Currently, the major Bitcoin trend is still a descending one. Technically, the price is striving through the inside short term descending channel resistance within the dominating major trend.

After the resistance breakout, the price is likely to head further to the projection channel resistance, which is quite close to the one of the major channel. The range of the current uptrend is within $10,675 and $11,000. Most likely, the price will then bounce back and be off to $4,300. 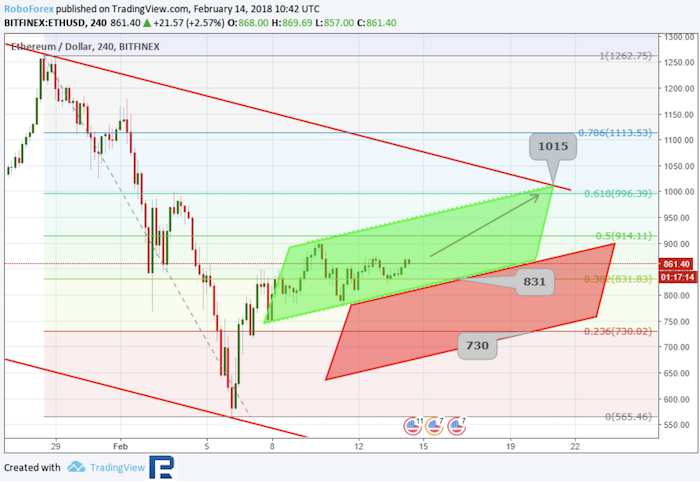 Technically, Ether is still inside a descending channel on H4. The short term upmove is nothing else than a correction of the last downward impulse. As of now, the price has nearly achieved 50% Fibo.

The price may well break out the local ascending channel support at around $831, after which a downmove towards the projection channel at $730 is possible. 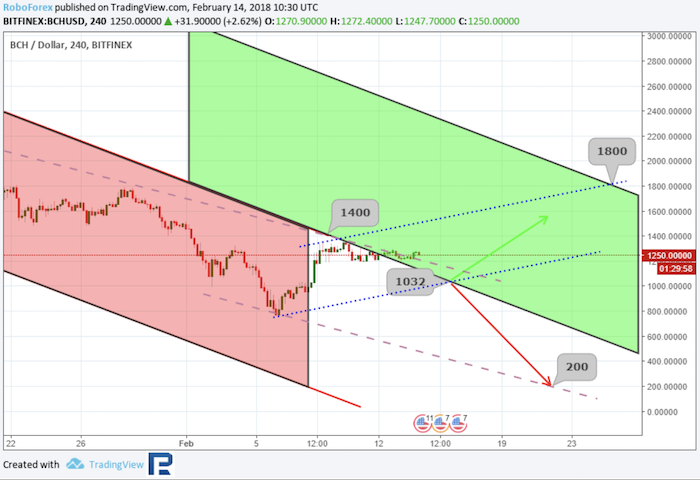 Bitcoin Cash is testing the major downside channel resistance on H4. If it manages to break out and stay higher, the price is likely to enter the projection channel, with the target close to it resistance, somewhere at $1,800.

The resistance test may last for long and reach $1,032. The momentum in reaching the target at $1,800 will be determined by the way the price bounces off $1,032. Still, falling to this level may signal a new downside impulse, with a target at $200. 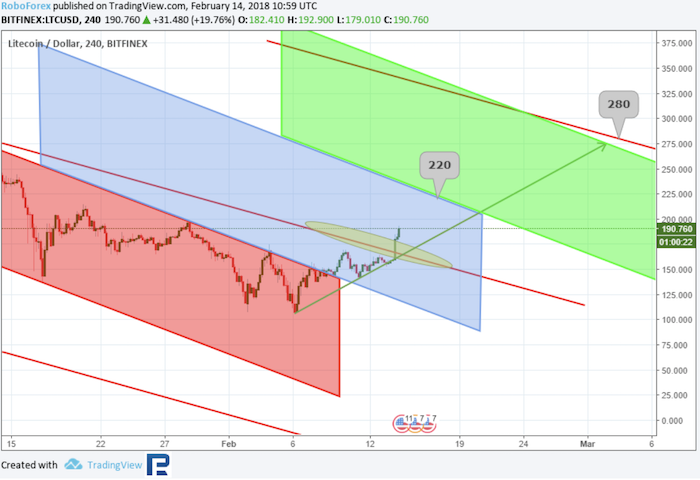 Litecoin is interesting both short and mid term. On H4, one can clearly see the short term descending channel resistance has been broken out. This allows to determine the potential upward channel with the targets at $220 and $280.

$220 is the current projection channel resistance, and its breakout will allow Litecoin to move to the next channel and its resistance at $280. 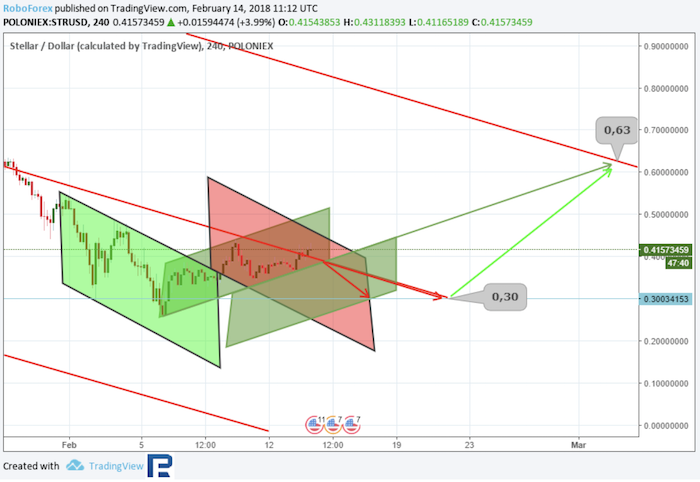 Technically, Stellar is likely to change the mid term trend, with the price trying to break out its resistance. The new uptrend potential can be determined by the resistance of the projection channel the price is within now.

The most realistic target here is $0.63. In the short term, the newly born uptrend may be stopped by the support breakout and the price heading towards $0.30. Such a move will act as testing the major mid term resistance area.