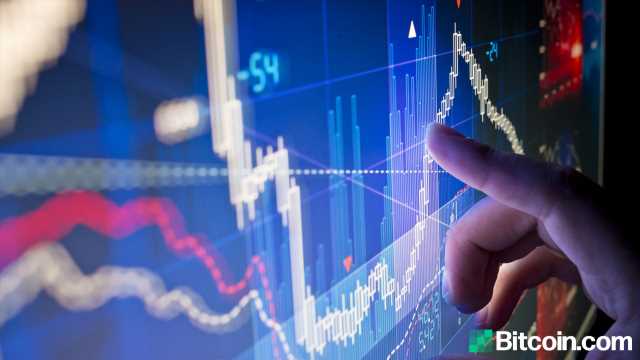 Crypto asset markets have seen some significant gains over the last 24 hours recapturing much of the losses suffered a few days ago. The entire crypto-economy valuation is now back over the $1 trillion mark and bitcoin has jumped above the $40k handle on January 14.

Bitcoin (BTC) and a number of other digital assets have experienced some nice price gains during the last day. Gains that have almost erased the losses felt on Sunday and Monday. Bitcoin’s market capitalization today is around $734 billion, and the crypto asset has gained over 11% during the last 24 hours. At the time of publication, BTC is exchanging hands for prices between $39,200 to $39,700 per unit, and has $23 billion in global trade volume today. Ethereum (ETH), the second-largest market cap has gained over 11% today as well and is swapping for $1,236 per ether. The fourth-largest market valuation belongs to XRP, but the position is awfully close to being taken by the polkadot (DOT) crypto asset. XRP is trading for $0.30 per unit on Thursday and has a market valuation of around $13.6 billion. Following XRP, is polkadot’s (DOT) market, which has gained a whopping 21% during the day. DOT is trading for $12.79 per unit and has a market cap of around $12.1 billion. Behind DOT is litecoin (LTC), which is up as well gaining 11% today and swapping for $154 per LTC. Bitcoin cash (BCH) has gathered 12% in gains on Thursday jumping to $535 per BCH. Currently, BCH is trading for $526 per coin at the time of publication.

The recent value spike has added confidence to many cryptocurrency advocates after last Monday’s losses.

“Welp, that was a quick bear market,” tweeted the bitcoin proponent Anthony Pompliano on Thursday. “Bitcoin back to $40,000. Stop listening to fools with no skin in the game,” Pompliano added. The creator of the stock-to-flow bitcoin price model, Plan B, also tweeted about the price jump after the crypto asset crossed $38k. Plan B stated:

Bitcoin $38k is nice, but I am still waiting for that larger monthly jump that usually marks the phase transition / the point of no return (red arrows).

The Civic founder Vinny Lingham, otherwise known as the ‘Oracle,’ also discussed the price on Thursday and made another prediction.

“If bitcoin breaks $42k, it’s going to run to test $50k pretty quickly,” Lingham tweeted. “If it doesn’t, then most likely we’re going to be stuck below $40k for a while, with some sideways consolidation [and] this may trigger a big run on altcoins. Keep an eye on ETH, FIL, SOL for major breakouts,” Lingham added.