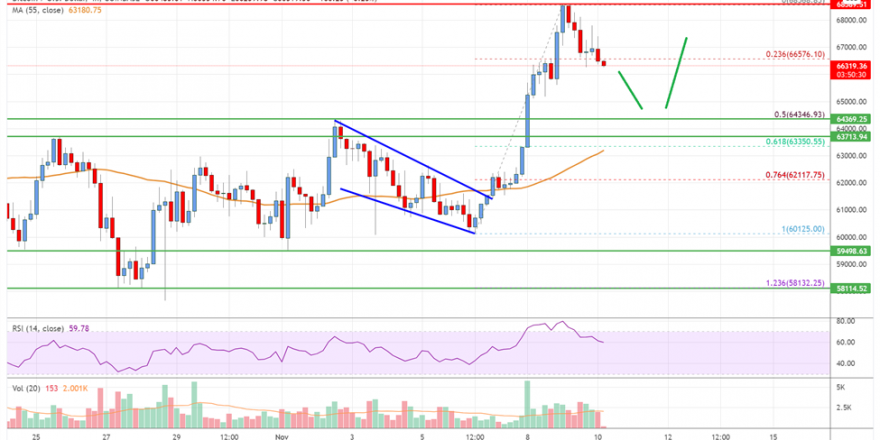 Bitcoin price traded to a new all-time high near $68,560 against the US Dollar. BTC could revisit the $64,000 support zone in the near term.

There was a break above a major contracting triangle with resistance near $61,800 on the 4-hours chart of the BTC/USD pair. The pair gained pace for a move above the $66,500 level and the 55 simple moving average (4-hours). Looking at the chart, bitcoin price is clearly trading above $65,000 and the 55 simple moving average (4-hours). Overall, the price could correct lower towards the $64,000 support zone in the near term.

4 hours MACD – The MACD is now losing momentum in the bullish zone.

4 hours RSI (Relative Strength Index) – The RSI is now above the 50 level.