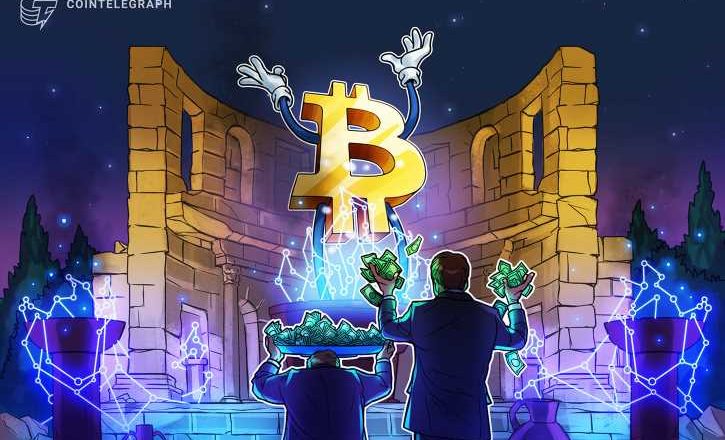 The chairman of a British investment firm says Bitcoin (BTC) is a seemingly “non-sensical” asset — but one that still makes sense after the coin’s winter price movement proved profitable. His firm, Ruffer Investment company, converted a portion of its gold holdings into Bitcoin in November.

Ruffer Investment Company Limited reallocated 2.5% of its Multi-Strategies Fund from gold to Bitcoin in November as a hedge against the “continued devaluation” of fiat. Since then, the value of gold appreciated by 4%, while the value of Bitcoin grew by 92% — a figure which briefly rose to 123% during BTC’s short stay above $40,000 on Jan. 10.

Writing in an investment review for the final quarter of 2020, Ruffer chairman Jonathan Ruffer said that after much internal deliberation, his firm had added exposure to Bitcoin because it thought BTC could challenge gold’s status as the one “supra-currency”. He wrote:

“Our underlying reasoning is that bitcoin is becoming a challenger to gold’s standing as the one supra-currency, the thing to own when fiat currencies are kerplunked.”

Ruffer said Bitcoin was a “unique beast” which was subject to a “longish” assessment before being introduced to the multi-strat fund:

“We have done much work on assessing the danger that bitcoin is a wrong’un. We have been watching it for a longish time, and our judgement is that it is a unique beast as an emerging store of value, blending some of the benefits of technology and gold.”

The Ruffer firm had 20.3 billion pounds ($27.5 billion) in assets under management as of Nov. 30. The company was founded in 1994 and employs 330 people, serving around 6,600 clients comprised of pension funds, families, charities and individuals worldwide.

Jonathan Ruffer told readers on the company website that even though Bitcoin seemed like a “non-sensical” asset, it was one that aligned with the firm’s perspective on the world:

“Yes, it is a seemingly non-sensical asset — but one that makes absolute sense for how we see the world.”

Despite Bitcoin’s ascendance to new all-time highs over the winter period, Ruffer said he felt only “nervously satisfied” with the outcome, and that keeping clients safe was more important than short-term price pumps.