Home » Crypto » Bitcoin Has Fallen, and Whales Are Zoning In 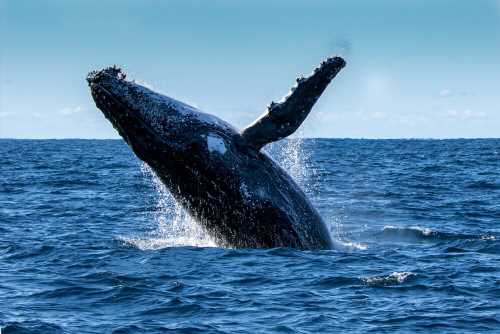 Bitcoin Has Fallen, and Whales Are Zoning In

The price of bitcoin has taken a bit of a dip over the past few days. The world’s number one digital asset – which was trading for over $45,000 per unit late last week – is now trading in the high $43,000 range, meaning that the currency has lost a couple thousand dollars in a short period, and it looks like whales are trying to take advantage of the situation.

Whales Are Buying Up All They Can

Whales are individuals that are classified as “big bitcoin owners,” for lack of better terms. It is estimated that these individuals own the most bitcoin in circulation, and that their accounts are stacked to the gills with cryptocurrency units.

Whenever BTC drops in price, whales tend to zero in and buy more of it, ensuring they can add extra bitcoin units to their portfolios at a bargain, and this time was no exception. However, there were quite a few bitcoins purchased during this momentum, with roughly 50,000 BTC units being added to several accounts that already boast anywhere between 10,000 and 100,000 units. This money was added to the said accounts over a period of just four days according to Santiment, an on-chain analytics platform.

The presence of whales tends to lead to both positive and negative results in the long run. On the positive side, whales tend to keep bitcoin moving, and the more they buy, the higher the price tends to run. However, what’s rough is that they can take heavy amounts of BTC out of commission. This tends to make things harder for those who are looking to build their stashes with limited financial resources or who are entering the space for the first time.

Whales are buying bitcoin. Addresses with 10,000 to 100,000 BTC have purchased roughly 50,000 BTC in the last four days. This significant number of tokens has been removed from known cryptocurrency exchange wallets, reducing the selling pressure behind bitcoin.

Glassnode was also quick to notice the whale activity over the weekend, commenting in a statement:

Taking BTC Out of Circulation

Willy Woo – a known crypto analyst – also stated that whales are entering the fray to purchase as much as they can. On social media, he stated:

Contrary to common opinion, that latest price pullback was not from whale selling. They’ve been in a significant region of buying… Supply distribution of bitcoin update: whales added recently. Minnows continue to stack.