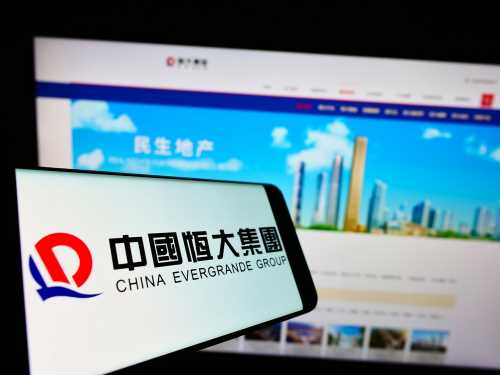 The bitcoin exchange rate has fallen to its lowest level since early August. Following a moderately bullish weekend, the market took a sharp turn downwards on Sunday night.

The digital currency is responding to the impending bankruptcy of the Chinese real estate giant Evergrande and seems to be following regular stock exchanges around the world. The incredibly fast crash wiped out over $200 billion from the crypto market, and has not only affected bitcoin, but all other cryptocurrencies seemed to be on a downward trend, with no real sign of recovery just yet.

The value of bitcoin fell by more than 8 percent in 24 hours. According to CoinMarketCap, the bitcoin rate stood at 37,000 euros on Monday, dropping down to almost 36.000 on Tuesday afternoon. A bitcoin was worth more than 44,000 euros two weeks ago on September 7.

Bitcoin does not always move along with the stock exchanges, but it does look like it does now. This is probably because the digital currency has increasingly become integrated into the financial markets worldwide.

Evergrande, China’s second-largest real estate group, is struggling with a mountain of debt of more than 300 billion euros and investors fear that the impending bankruptcy could have a domino effect on the Chinese real estate market. There is also a high chance the debt will never be paid off.

Evergrande’s troubles started earlier this year when the Chinese property giant was starved for cash, and it turned to its own employees with a question that sounded more like a demand. Employees who wanted to keep their bonuses would have to give Evergrande a short-term loan. This pressure made many employees ask their friends and family for money to lend to the company. Workers even borrowed from the bank. But then Evergrande suddenly stopped paying back the loans.

Last week the chaos was complete when hundreds of employees gathered outside the company’s offices across China to protest, joining unhappy home buyers. The workers were demanding their money back.

Evergrande has now become the China’s most indebted company. It owes money to lenders, suppliers and foreign investors. It owes unfinished apartments to home buyers and has racked up more than $300 billion in unpaid bills. Evergrande faces lawsuits from creditors and has seen its shares lose more than 80 percent of their value this year.

Should Evergrande not be able to pay off its debts, that would be a real problem for hundreds of financial institutions that have borrowed from the group, and the world could be facing another debt crisis. Worried investors are keeping a watchful eye to see whether Evergrande will be able to pay out its interest due on a bond, this coming Thursday.