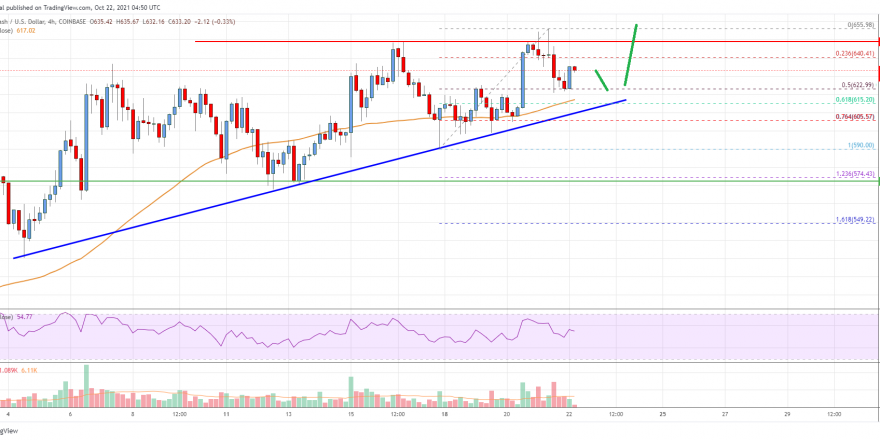 Bitcoin cash price is showing positive signs above $620 against the US Dollar, similar to bitcoin. BCH/USD could resume its increase as long as it is above $600.

The price settled above the $620 level and surpassed the $640 level. A high was formed near $655 and it is now correcting gains.  There was a break below the $640 support level. The price is now testing the 50% Fib retracement level of the recent wave from the $590 swing low to $655 high.

An immediate resistance is near the $640 level. The next major resistance could be $650. The main breakout zone is near the $655 level. A clear break above $650 and $655 might spark a fresh rally. In the stated case, the price could rise towards the $700 level.

Looking at the chart, bitcoin cash price is now trading above the $620 zone and the 55 simple moving average (4-hours). Overall, the price is consolidating gains and it could eye more upsides above $640 and $650.

4 hours MACD – The MACD for BCH/USD is slowly gaining pace in the bullish zone.

4 hours RSI (Relative Strength Index) – The RSI for BCH/USD is now above the 50 level.