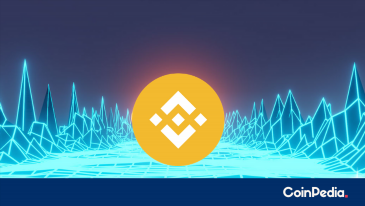 Binance has had a rough couple of months. The exchange has faced heavy bashing from regulators across the world, several payment partners have also discontinued their partnerships and the price action has remained bleak overall. Amidst this chaos, The Binance Coin Burn event was the most looked forward to, as it always acts as a catalyst for BNB to surge.

Binance held its 16th quarterly Binance Coin (BNB) token burn on schedule. Over 1.2 million Binance Coins (BNB) worth $400 million were burned. Furthermore, as stated in the whitepaper, the remaining 16 million BNB coins have been unlocked and transferred to the team address.

The remaining 16m BNB unlocked, and moved to a team address, according to the schedule in the white paper.#Binance team has never used or sold a single team #BNB thus far, only burned them.

This marks the completion of the 16th quarterly burn by the leading exchange. The preceding burn was held in April, $600M worth of BNB was burnt. Historically, these burns have paved the way to a price surge, but this time it dint work its magic, thanks to the bearish sentiment prevailing in the market.

Chengpeng Zhao, the CEO of Binance Exchange also mentioned that the “team has never used or sold a single team BNB thus far, only burned them.”

On the brighter side, the exchange has regained the $50 billion market cap after its price briefly jumped above $300 on Monday.

Despite the Coin Burn, BNB did not breakout and surge higher. The coin broke below the first major resistance at $308 and touched the $298 support.  BNB is now trading in the $300 level. The price could swing either way from here. Nevertheless, substantial bullish development is required to sustain a breakout above $308.

The charts currently hint at a bearish momentum as a dip below the psychological level of $300 is expected. The coin was corrected back to $301 after a brief push towards $305 was denied by the $304 cap. The whole pricing structure resembles a head and shoulders pattern, with the neckline crossing the primary trendline at $299.

The current price zone reflects the coin’s price surge, which began at a low of $225 in June and culminated in a two-month high of $340. If bulls can consolidate more market support and stop break-even sellers near the $300 level, gains can be expected.