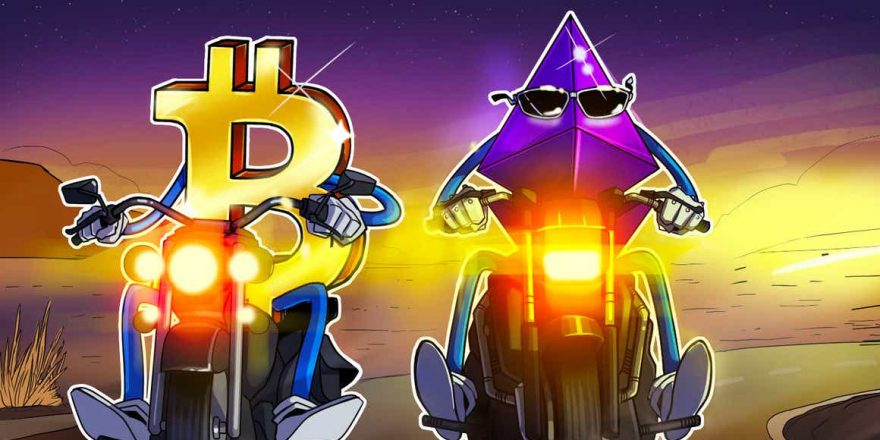 Following JPMorgan CEO Jamie Dimon’s recent comments that Bitcoin is worthless, two well known billionaires have leapt to its defense — although both of them say Ether has some even more desirable properties.

During an interview with CNBC’s Squawk Box on Oct. 13, Barry Sternlicht, the co-founder of Starwood Capital Group said that gold was actually “worthless” and he is hodling Bitcoin (BTC) because every government in the “western hemisphere” is printing endless amounts of money.

Sternlicht is estimated to have a net worth of around $4.4 billion and is known for his investments in the real estate market via Starwood Capital Group. The investment firm was founded in 1991 and reportedly has around $95 billion worth of assets under management (AUM).

Sternlicht was asked for his take on Jamie Dimon’s reiterated skepticism over BTC being “worthless.”

“Gold is kind of worthless too, and so is silver, I mean they have some industrial uses but they are minor. The reason I own Bitcoin is because the U.S. government and every government in the western hemisphere is printing money now to the end of time,” he said.

Dallas Mavericks owner Mark Cuban, who has a net worth of $4.3B, echoed similar sentiments when he spoke to CNBC Make IT on Wednesday. Cuban said that BTC is “better than gold,” before going on to say that he thinks Ethereum has the “most upside” as an investment.

Despite favoring BTC over gold, Sternlicht also went on to qualify his support for Bitcoin with praise for Ethereum.

“Bitcoin is a dumb coin, it has no real purpose other than a store of value, and it’s crazily volatile. So Ether, I own some of that, it’s a programmable Bitcoin and there are tons of other coins that are built on that system.”

“I’ve become very interested in blockchain technology as a whole, and the digital ledger which is going to change everything, we’re probably in inning one,” he added.

Not every billionaire is on board the crypto train however. Larry Fink the chairman of the world’s largest asset manager BlackRock ($9.4 trillion AUM) stated that he’s “probably more on the Jamie Dimon camp.”

“I’m not a student of Bitcoin and where it’s going to go so I can’t tell you whether it’s going to $80K or $0. But I do believe there is a huge role for a digitized currency,” he said.