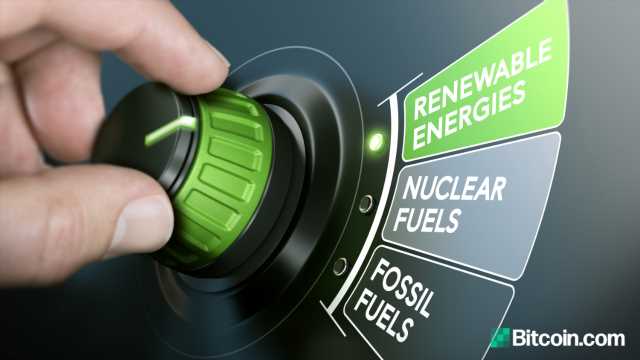 Following concerns raised by Tesla CEO Elon Musk about Bitcoin’s energy consumption, global asset manager Ark Investment Management explained that the concerns are “misguided.” Referring to its research using real-world data, the investment firm emphasized that “the impact of bitcoin mining could become a net positive to the environment.”

Bitcoin Mining Could Help the Environment

Investment Management (Ark Invest) published a note Monday responding to the comments made by Tesla and its CEO, Elon Musk, regarding Bitcoin’s energy consumption. The electric car company has suspended accepting bitcoin for payments citing environmental issues. “We are concerned about rapidly increasing use of fossil fuels for bitcoin mining and transactions, especially coal, which has the worst emissions of any fuel,” Tesla wrote.

In our view, the concerns around Bitcoin’s energy consumption are misguided. Contrary to consensus thinking, we believe the impact of bitcoin mining could become a net positive to the environment.

The analyst added: “With real-world data, we demonstrate how mining could impact the amount of renewable energy provisioned to the grid by transforming intermittent power resources into baseload generation by way of energy storage.”

This is not the first time Ark Invest has tried to explain bitcoin’s energy consumption. The firm recently published a report in collaboration with Jack Dorsey’s Square Inc. arguing that “Bitcoin is key to an abundant, clean energy future.” As explained in the report, the analyst detailed:

We illustrate that renewables would be able to satisfy only 40% of the grid’s needs in the absence of bitcoin mining but 99% with the commercial ‘subsidies’ associated with bitcoin mining.

While Musk and Tesla have voiced their concerns over bitcoin’s environmental impact, both said that they have not sold their BTC despite speculation that Tesla may have so over the weekend.

Elmandjra further explained that Tesla’s decision to drop bitcoin as a payment method “seems to have been triggered by private equity firm Greenidge’s plans to revive a coal power plant to mine bitcoin.” He noted that “Elon Musk referenced the announcement in a tweet.”

However, the analyst noted:

Subsequently, Greenidge clarified not only that its plant is powered by natural gas and feeds the grid but also that it bought carbon credits to offset the emissions.