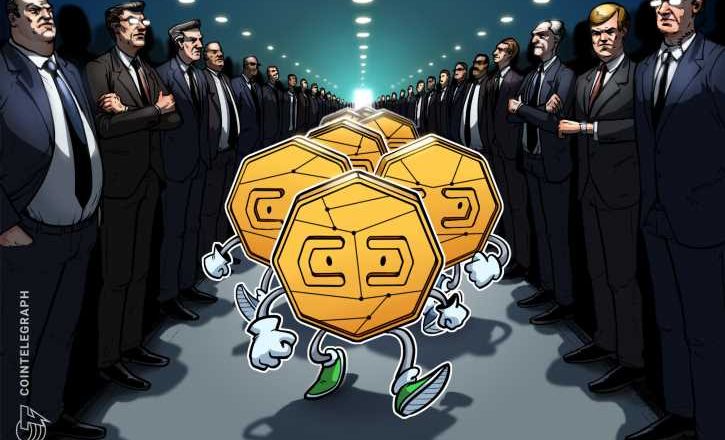 According to a blog post by a16z general partner Kathryn Haun, the Financial Crimes Enforcement Network has issued “a rushed, non-vetted rule under the cloak of the holidays that violates the government’s own established rulemaking procedures.”

FinCEN, which operates under the purview of Steven Mnuchin’s Department of the Treasury, introduced a proposed regulation late last month that would restrict money services business, as well as U.S.-registered cryptocurrency exchanges, from transacting with so-called “self-hosted” wallets.

Effectively, the new regulation would “would require various cryptocurrency entities to collect and report detailed personal identifiable information of their customers’ counterparties.”

Haun noted that this standard is “applied to no other sector of the financial industry today.”

In addition to failing to solve any of the problems it purports to address, Haun says that the rule violates the fourth amendment of the U.S. constitution by expanding the competencies of the Bank Secrecy Act.

Furthermore, in a16z’s official response to FinCEN, the firm’s counsel notes that the regulator has allowed a mere six business days over the holidays for feedback and comment on the proposed law, rather than the customary 60 days.

Some in the crypto community have characterized the move by FinCEN as just another part of President Donald Trump’s lame-duck administration pushing through last minute rules.

Haun said, “FinCEN has proposed at the eleventh hour of an outgoing administration a rule that has all the hallmarks of an arbitrary and capricious agency action.”

Since FinCEN’s proposed rule was released, crypto industry leaders have been actively pushing back. Armstrong stated that Coinbase would be willing to take regulators to court alongside other major firms, should legal action prove necessary.

Yesterday, Twitter and Square CEO Jack Dorsey wrote a letter to FinCEN, in which he stated that the rule would “not only hamstring law enforcement capabilities, but also limit American innovation by hindering our ability to create a competitive service that allows customers to seamlessly transfer and transact in cryptocurrency the way the technology was designed.”